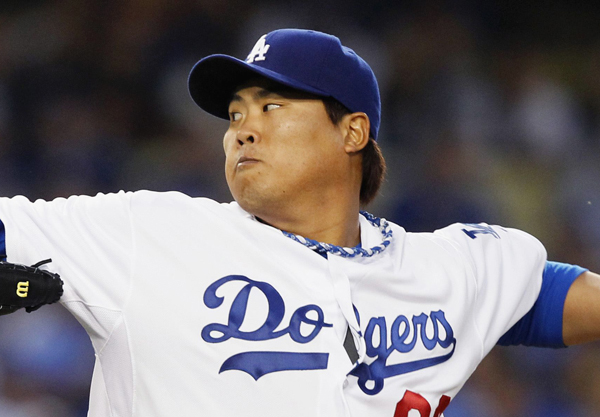 Korean players in Major League Baseball had red-hot seasons. Outfielder Choo Shin-soo led the Cincinnati Reds’ offense as the team’s leadoff hitter, hitting .285 with 21 home runs, 20 steals and a .423 on-base percentage. After becoming a free agent in the offseason, he signed a seven-year, $130 million contract with the Texas Rangers. His contract was the sixth largest for an outfielder in MLB history. The 31-year-old will be the leadoff hitter and the left fielder of the Rangers next season. Meanwhile, pitcher Ryu Hyun-jin of the Los Angeles Dodgers also had an impressive rookie year, with a record of 14-8 and an ERA of 3.00, which helped the Dodgers reach the postseason.