Chun Doo Hwan pays off fine, hands over assets to the state

Chun Doo Hwan pays off fine, hands over assets to the state 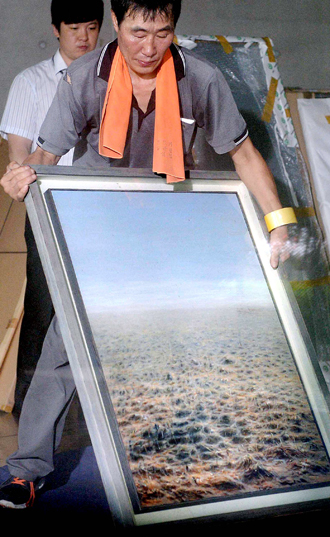 After 16 years of avoiding a massive criminal fine for misdeeds in office, former strongman Chun Doo Hwan and his family finally agreed in September to pay off the 167.2 billion won ($157.5 million) they owed and gave the state a list of assets it could seize, including the family’s ancestral mountain.

The prosecution headed an intensive hunt in May to find the secret fortunes amassed by Chun and his kin. The former president’s agreement to pay his long overdue fine to the state symbolized his submission to unprecedented actions by the government and his concession to pay back what he owed.

The prosecution’s investigation was emboldened in June by the National Assembly’s clever passage of the so-called Chun Doo Hwan Act, which allowed the state to confiscate assets not only from Chun but also his family or any associates who had acquired wealth from him.

Standing before a throng of reporters, Jae-kook, the eldest son of the former strongman, apologized to the nation on his way to the prosecutors’ office on Sept. 10.

“In regard to the unpaid fine, I apologize to people on behalf of my family for causing concerns,” he said. “I am deeply regretful that it took so long to settle the issue because of my shortcomings and practical difficulties.”

After reading his written announcement, which lasted about two minutes, Jae-kook entered the prosecutors’ office and submitted a detailed payment plan to prosecutors. It was the first time anyone in the Chun family had apologized for the outstanding fine.

In 1997, Chun was convicted of accepting bribes and running slush funds during his seven-year presidency and was thus sentenced to life in prison. He was ordered to pay a 220.5 billion won criminal fine. Six years later, Chun famously said that he couldn’t afford to pay any more of his fine and that his entire wealth amounted to 290,000 won. Those remarks ended up being the object of widespread public ridicule.