Another Girl has got a boy

Another Girl has got a boy 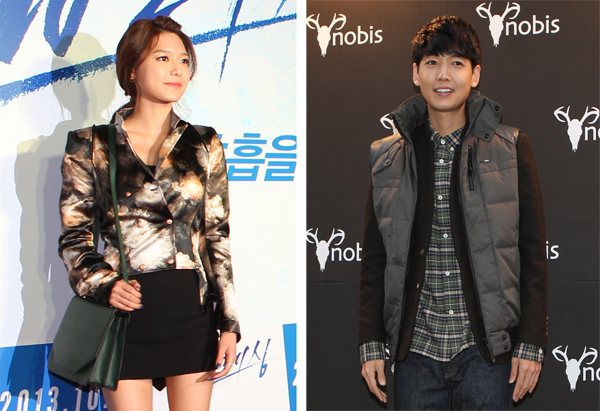 Only two days after Yoon-a from the K-pop group Girls’ Generation surprised many by revealing her relationship with popular actor Lee Seung-gi, another member of Girls’ Generation said she has been hiding her celebrity boyfriend about a year.

Choi Soo-young’s agency, SM Entertainment, confirmed that the singer has been dating actor Jung Kyung-ho, star of the movie “Fasten Your Seatbelt,” for about a year.

The two first met in September 2012 soon after Jung was discharged from his mandatory military service.

Rumors surfaced in February and October last year that the two were in a relationship, but both denied the stories and said that they were just close friends.

Soo-young and Kyung-ho reportedly have many things in common, such as both being Christians and attending the same university, although Jung has graduated.

The original media story quoted a friend of the couple saying that Jung was giving much advice and support to Soo-young, who is trying to branch out into acting.

She has already had a role in tvN’s “Dating Agency: Cyrano” and a few other dramas.

Jung previously said on many TV programs that he was in a relationship but never specified who he was dating.