You can become wealthy by being prudent, author claims

You can become wealthy by being prudent, author claims 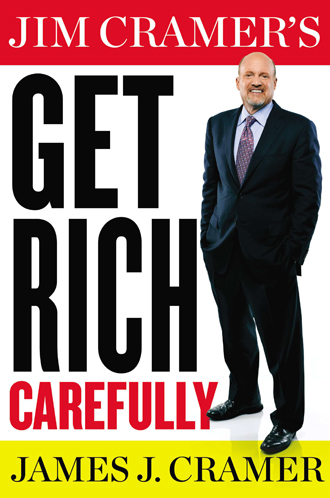 Who wouldn’t want to “Get Rich Carefully,” as the title of Jim Cramer’s new book promises? The stock market may seem scary, but Cramer says you can make money with research, logic and prudence. That sounds good to me.

Readers may know Cramer as a co-anchor of CNBC’s “Squawk on the Street” or from his weekday stocks show, “Mad Money,” which recently passed the 2,000 episode mark. Since 2005, the former hedge fund manager has been dispensing advice on “Mad Money” in a high-octane style that can make him sound like an animated sports coach, one who makes liberal use of a soundboard of noises, including the sound of a train wreck, a gong and a chorus singing “hallelujah.”

Cramer is also a prolific author. His books include “Jim Cramer’s Getting Back to Even,” “Jim Cramer’s Real Money: Sane Investing in an Insane World” and “Jim Cramer’s Mad Money: Watch TV, Get Rich.”

In “Get Rich Carefully,” he makes the pitch that you can get wealthy by being careful and methodical. He starts, patiently enough, by talking about the forces that move a stock’s price. And he tells you which quarterly earnings calls will help you understand the landscape of the market. For example, heavy equipment company Caterpillar can help you take the pulse of the world’s economies. Disney can tell you about the state of the U.S. consumer. And home builder Toll Brothers can tell you not just about the demand for housing, but also about how hard or easy it is to get credit. 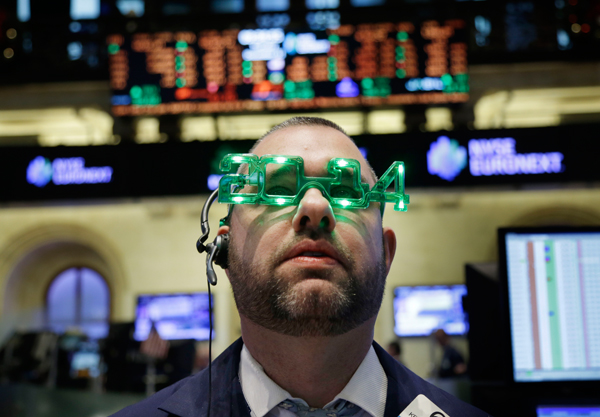 A trader wears glasses celebrating the New Year while working on the floor at the New York Stock Exchange on Tuesday in New York. In his book, “Get Rich Carefully,” Jim Cramer starts by explaining the forces that move a stock’s price. [AP/NEWSIS]

He also explains why the breakup of a company can be good for its stock and what information people shouldn’t base their trades on, including news of a big contract win, the minutes of Federal Reserve meetings, and the Securities and Exchange Commission filings of big-time investors.

Most interesting to me was a chapter on CEOs in which Cramer talks about 21 company heads he likes, men and women he’s betting on as much as their companies. Most of the companies and some of the CEOs are well known, including Bob Iger at Disney, Howard Schultz at Starbucks and Indra Nooyi at PepsiCo. But before I read Cramer’s book, I didn’t know anything about Sandy Cutler at Eaton, a power management company, or Debra Cafaro at Ventas, which owns senior housing communities and other health care properties.

Whether Cramer’s advice will make you a boatload of money or not, his rational explanations make stocks seem less intimidating. I read most of the book with my cell phone handy, looking up current and historical stock prices as he talked about companies. That doesn’t mean Cramer has persuaded me to invest. I haven’t bought anything yet.