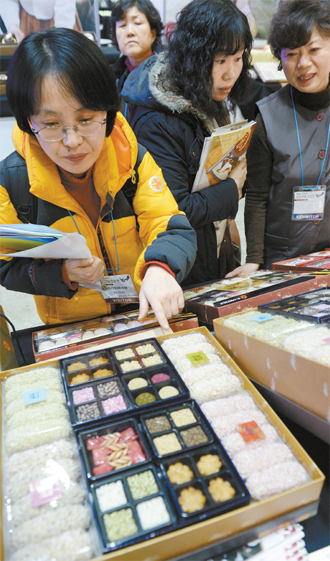 Customers shop for traditional delights during an exhibition at Coex in southern Seoul yesterday in which various Lunar New Year goods were on display for sale. Roughly 1,000 products that are not sold in major retail venues or department stores were available. Lunar New Year and Chuseok are the two seasons in Korea in which various gifts are given. [NEWSIS]