Guardian of hope: Preserving the sotdae

Guardian of hope: Preserving the sotdae 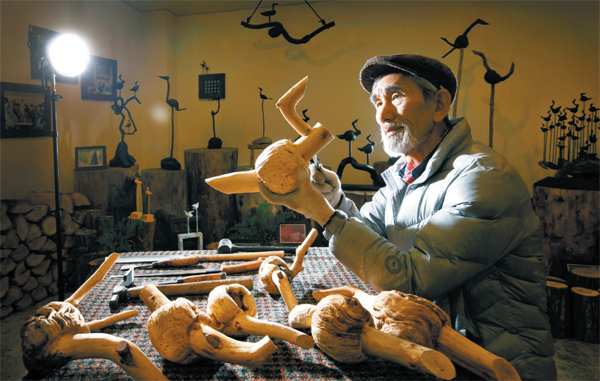 Yoon Young-ho, the only sotdae artist in Korea, makes traditional bird sculptures out of wood. His works are made of natural wood, keeping them harmonious with nature.

Sotdae is a kind of Korean traditional statue made of wood or stone in the shape of a bird, such as a duck or a wild goose, that is put on a tall wooden pole or a stone pillar.

The sotdae came from the Samhan era about 2,000 years ago from the sacred region known as Sodo.

Sotdae were placed at the entrances of villages to wish for peace and good harvests. In Joseon times (1392-1910), when someone passed the gwageo, or state examination, they would set up a sotdae in front of the house or an ancestor’s tomb to celebrate.

As a symbol of dreams and the sky, sotdae have been revived in modern architecture by Yoon Young-ho. Yoon, a sculptor and the director of the Neungang Sotdae Art Museum in Jecheon, North Chungcheong, is Korea’s only sotdae artist. 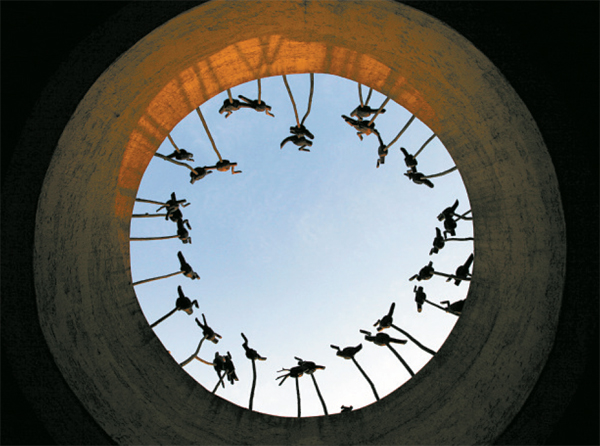 The sotdae tradition almost vanished over the last century, but thanks to a few craftsmen, it barely maintains its existence. After serving as the director of a museum in Seoul in the mid-1980s, Yoon was introduced to sotdae from a painting by Kwon Ok-yeon, and the sotdae have been his life ever since.

Inspired, Yoon met famous experts in folk culture and history, learning all he could about the tradition. Eventually, he quit his role as the museum director and started producing sotdae by himself in Pangyo, Gyeonggi.

But unlike Kwon’s paintings of sotdae, Yoon decided to learn how to make the real thing. Some people thought he was crazy for considering a bird on a stick to be art, but he persisted and put all of his energy into learning the tradition.

Sotdae, or wooden birds, on top of long wooden polls are important artifacts from Korean tradition.

Yoon moved to Jecheon in 2005 after living in places like Pangyo, Suji and Chungju. Deciding that sotdae needed to be created in a harmonious setting, he established the Neungang Sotdae Art Museum near Mount Geumsu, which is near Jecheon.

There are about 400 sotdae on display at the Neungang Sotdae Art Museum, which gets 50,000 visitors each year. Even the environment around the museum is a work of art, as it includes rare wildflowers, a walking path through a pine grove and an observatory platform. There is also a place where visitors can make sotdae of their own.

Every April, the museum holds the Hope Festival, featuring the lucky, traditional carvings that help people’s hopes and wishes come true. The festival includes a variety of events, such as sending postcards, creating sotdae and making wishes by hanging hope cards.

The sotdae tradition was recognized at the 2004 International Council of Museums, which was held in Korea, and was made the official symbol of the conference.

In order to produce sotdae that can last, Yoon also makes them out of bronze these days. Above all, he is happy that his son has also become a creator of sotdae and intends to succeed his father.