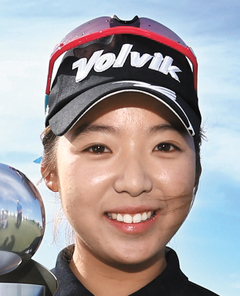 Lee Mi-hyang of Korea shot a course-record 9-under 63 Sunday to win the Women’s New Zealand Golf Open by a stroke over defending champion Lydia Ko.

Lee, ranked 256th and whose best finish in 2013 was a tie for 19th at the Evian Championship, had an eagle and seven birdies in a final round that saw her leap 20 places into the lead with a total of 9-under 207.

Sixteen-year-old New Zealander Ko, ranked No. 4 in the world, had a long birdie putt on the final green for a chance to force a playoff to the 54-hole event at the Clearwater course in Christchurch. But in front of the huge home gallery, she left her effort short as she carded a two-under 70.

Ko and her playing partners, Americans Beth Allen and Anya Alvarez, all stood on the final tee one shot off the clubhouse lead.

Both Allen and overnight leader Alvarez bogeyed the hole after their approaches missed the green to fall back into a tie for third with South Korean Bae Seon-woo.

Meanwhile, Kevin Stadler won the Phoenix Open on Sunday for his first PGA Tour title when playing partner Bubba Watson missed a 5-footer for par on the final hole.

Stadler, the 33-year-old son of PGA Tour winner Craig Stadler, closed with a 3-under 68 for a one-stroke victory over Watson and Canadian Graham DeLaet.

Stadler won in his 239th PGA Tour start, earning a spot in the Masters - a tournament his father won in 1982. The Stadlers are the ninth father-son winners in tour history.

Stadler finished at 16-under 268 at TPC Scottsdale, his home course. Raised in Colorado, he played in Denver Broncos colors, wearing an orange shirt and blue pants and hat.

After Stadler and Watson each saved par after hitting into the water on the par-5 15th, Stadler tied Watson for the lead with a par on the par-3 16th hole. Watson hit into the front left bunker on the stadium hole and his 6-footer for par slid by the left side.