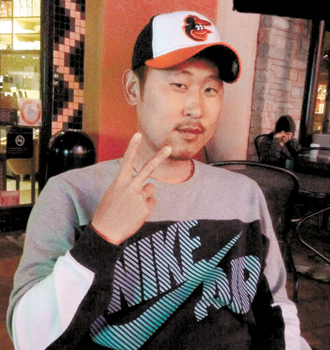 Yoon Suk-min wears a Baltimore Orioles cap in a photo that he posted on his Twitter feed. [JoongAng Ilbo]

Free agent right-hander Yoon Suk-min has signed a three-year, $5.57 million deal with the Baltimore Orioles. The 27-year-old became the second pitcher from the Korea Baseball Organization to go directly to a Major League Baseball team after Ryu Hyun-jin of the Los Angeles Dodgers last year.

MLB’s official website confirmed Yoon’s deal on Thursday evening Korea time, adding that the former Kia Tigers ace pitcher hasn’t passed his physical. Sources told the Korea JoongAng Daily that Yoon could receive as much as $13 million if he satisfies certain performance incentives as a starting pitcher. The deal also guarantees that he will remain on the team’s roster regardless of his performance.

Sources said the Orioles initially offered a two-year deal for $10 million, but negotiations were delayed when Yoon sought a three-year deal, which he eventually got.

Unlike Ryu, Yoon is predicted to have a challenging debut season in the American League East, one of the toughest divisions in the majors, as he will have to face strong teams such as the New York Yankees, the World Series champion Boston Red Sox and the Tampa Bay Rays. His home field, Camden Yards, is also a hitter-friendly ballpark. Considering that Yoon is a fastball-slider pitcher who induces many fly balls, he will have to find a way to induce ground balls. The key to do that is to improve the location of his pitches and his sinking fastballs.

Yoon is expected to join the team as early as March because he needs at least two weeks to get a U.S. visa. As a result, Yoon will take part in preseason games without going through spring training in February.

“Yoon is definitely an MLB-level pitcher,” Orioles general manager Dan Duquette said regarding the deal. “He will give us various options on the mound.”

Duquette is one of the few general managers who has consistently signed Asian players. The Orioles have acquired several Asian players, including left-hander Wada Tsuyoshi of Japan, who signed with the Cubs this hot stove season and has played for the Orioles before. Baltimore also signed Korean free agent submarine reliever Jung Dae-hyun in 2011, although that deal was later canceled when he failed a physical examination. When Duquette was the general manager of the Red Sox, he signed four Korean players: left-hander Lee Sang-hoon, 43, who is now a coach for the Goyang Wonders, right-hander Kim Sun-woo of the LG Twins, starter Song Seung-joon of the Lotte Giants and infielder Chae Tae-in of the Samsung Lions.

Yoon is predicted to compete for one of the five spots in the Orioles’ starting rotation.