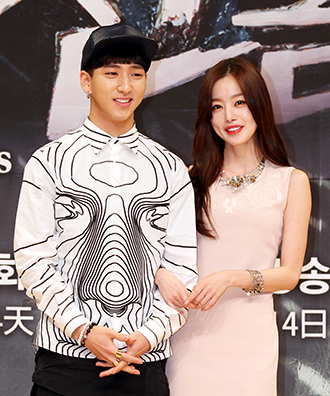 “The two singers passed the audition for the role, just like any other rookie actors,” said producer Lee Dong-hoon on Thursday at a press conference in Mok-dong, western Seoul.

“They have a passion for acting and interpret their roles pretty well,” added the producer.

Baro will play Ki Young-kyu, who is described as a teenager with a mental disability. Sun-hwa will play Jenny, a young con artist who already has been to jail five times.

“God’s Gift,” the story of a mother who gains the chance to go back in time two weeks and stop her daughter from being murdered, has also recruited several big-name actors, including Lee Bo-young, Jo Seung-woo and Kim Tae-woo.