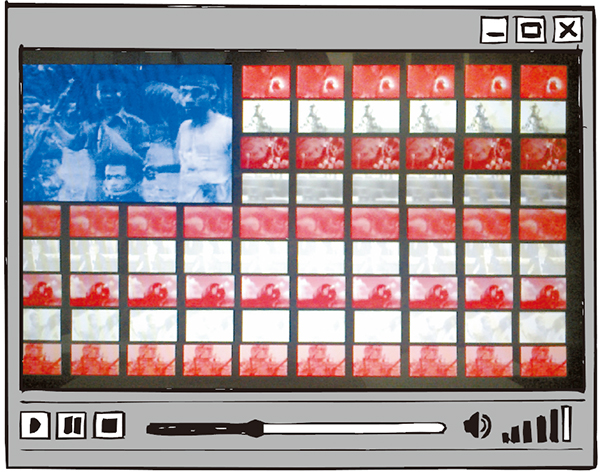 Filipino artist Renan Ortiz questions military interventions conducted by the United States in a five-minute video “Ode to Empire.” Provided by the gallery

Last month, the Korea Media Rating Board banned the original promotional poster for the Hollywood film “Pompeii” for containing “sexually disturbing” images. The organization explained that the image of a couple kissing in front of an erupting volcano might convey a “dangerous” message to the general public. To pass the review, Korean distributor Lotte Entertainment had to come up with a revised version, with the man and woman merely staring at each other.

That small incident is just one example of how creators in Korea must deal with constant government regulation. Freedom of expression, although granted by the Constitution, is often challenged for the sake of “public morals.”

“To many Asian countries, censorship is not an unfamiliar concept,” said Hwang Dae-won, the curator of Alternative Space Loop, at a press conference on Thursday at the gallery in Hongdae, the trendy neighborhood in western Seoul. “Asian artists are confronted with higher levels of government scrutiny.”

Until March 21, the gallery is holding its seventh exhibition of the “Move on Asia Project,” focusing on censorship in the arts. The exhibition showcases works by 21 Asian artists from Korea, Japan, China, Malaysia, Myanmar, the Philippines and other countries, all questioning the limits and controls placed on art.

Upon entering the gallery, visitors encounter “798 Talk Show,” an interactive installation by Chinese media artist Fei Jun. By logging onto a website and interacting with the exhibit, viewers can gain insight into the reality of censorship in China’s cyberspace.

In addition to the oppression people face from state censorship, the exhibition also looks at the related issues of self-censorship. 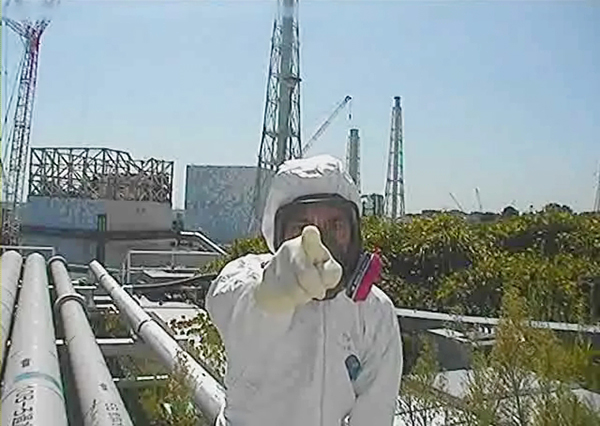 “Pointing at Fukuichi Live Cam” by “finger pointing workers” in collaboration with Takeuchi Kota. Provided by the gallery

“Our exhibition does not only question the political suppression of censorship,” notes Suh Jin-suk, the gallery director. “The problem of censorship is much wider; the ‘Move on Asia Project’ tries to raise the issue of self-censorship.”

Even when there is no explicit pressure by outside forces, threats can be veiled and invisible, causing artists to be constantly cautious, which in turn limits the scope of their art.

Likewise, Korean artist Kim Da-um explores how individuals go through self-censorship while using social media. When former North Korean leader Kim Jong-il died in December 2011, the artist collected more than 30,000 Twitter comments about him and made a visual collage out of the tweets. Kim focuses on how the consciousness of being watched affects the scope of how freely people express their opinions.

“One interesting thing about this year’s exhibition is the Japanese artists’ contribution,” said the gallery, showing reporters the piece “Pointing at Fukuichi Live Cam.”

The Fukuichi live cam was installed by the Tokyo Electric Power Company in order to “clearly show” the Fukushima nuclear power plant after its meltdown in 2011, following the earthquake and tsunami that ravaged the region.

But in Takeuchi Kota’s 24-minute video, an anonymous worker points his finger directly at the camera. The artist has refused to say who that worker is or how he was able to get the worker to point for 20 minutes, insisting that his only role was editing the clip.

The project tries to challenge the pervasive social tendency in Asia to succumb to fear.

Among the other works is Myanmar artist Kolatt’s video clip “Cordon,” which criticizes the strong controls the Myanmar government imposes on artists.

Hours are 11 a.m. to 8 p.m. every day. For information on how to find the gallery, see www.galleryloop.com.