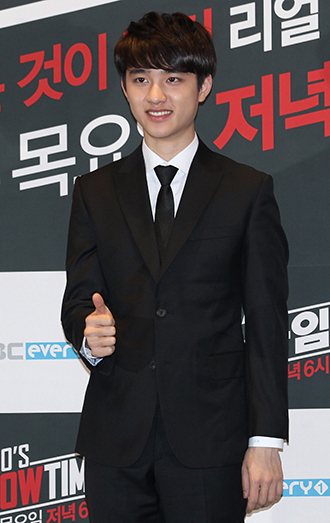 Do Kyung-soo, better known as D.O. from K-pop idol group Exo, will debut as an actor in the SBS drama “It’s Okay, It’s Love.”

Even though it is not airing till July, the drama has attracted the attention of industry experts because it once again brings together the celebrated TV writer Noh Hee-kyung and director Kim Kyu-tae. The two created famous Korean dramas such as JTBC’s “Padam Padam” (2011) and SBS’s “That Winter, the Wind Blows” (2013).

In the drama, D.O. will play a high school student named Han Gang-woo who dreams of becoming a best-selling author to please his mother.

“D.O.’s pure image will match his character in the drama. And he will hold an important key to unfolding some mysteries in the drama,” said an SBS official yesterday.

But D.O.’s attempt to move into acting will not end there. The singer also acts in the film “Cart,” playing the son of a single mother fighting against the corporation that fired her.