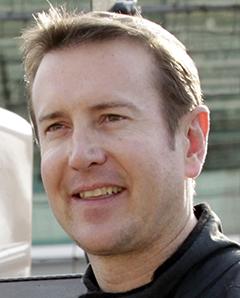 It’s been 10 years since a driver last attempted running both the Indianapolis 500 and the Coca-Cola 600 on the same day, a feat so grueling that only Tony Stewart has successfully completed all 1,100 miles. Now Kurt Busch wants to give “the double” a try and he will have cars capable of winning both races.

He said Tuesday he will attempt to make the Indianapolis 500 in a fifth entry for Andretti Autosport. Should he make the May 25 race, Busch would then fly to Charlotte Motor Speedway to fulfill his full-time job with Stewart-Haas Racing - a team co-owned by Stewart - in Nascar’s longest event of the year.

“I’m a fan of motorsports, a student of motorsports, and I view this as a challenge for myself,” Busch said. “Memorial Day weekend, the central focus of all motorsports is Monaco, Indianapolis and Charlotte and this is a tremendous opportunity to be right in the middle of it.”

Only John Andretti, Stewart and Robby Gordon have attempted the “double,” and no driver has tried since Gordon in 2004.

Stewart, Busch’s new co-owner at Stewart-Haas, is the only driver to complete the double. He did it in his second and final attempt, in 2001, when he finished sixth at Indy and third at Charlotte.

An Indiana native who grew up dreaming of winning the Indianapolis 500, Stewart long ago abandoned that goal and passed on an offer last year from Roger Penske to drive one of his cars in the 2013 Indianapolis 500. But Stewart has given Busch his blessing.

“It’s a great opportunity for Kurt and I fully support him,” Stewart said Tuesday. “He’ll have a lot to learn in a short amount of time, but he has an overwhelming amount of driving talent on his side. He has a great car owner with Michael Andretti, who’s not only an owner, but he’s been a driver, too.

“Michael has so much to offer Kurt in terms of knowledge and firsthand experience. It really seems like a natural pairing.”

Busch’s attempt comes at a much different time than when Gordon and Stewart last tried to run both races. Social media didn’t exist a decade ago, and Busch plans to utilize every avenue possible to let fans follow along with his attempt.

On Tuesday, he even launched a website - www.kurtbuschdouble.com - that is expected to chronicle his efforts.

“I think this is something that is good for Nascar, good for IndyCar, good for the fans to get behind and really feel like they are part of,” Busch said. “There was no social media, or the means for fans to get an in-depth look at what goes into the double when the others tried it. We think we’ve got an opportunity to make people feel like they are part of the experience with me.”

Busch first flirted with the idea in May when he completed the Indy 500 rookie orientation program with Andretti. He didn’t put a program together to run the 500 and said he’s second-guessed that decision at times.