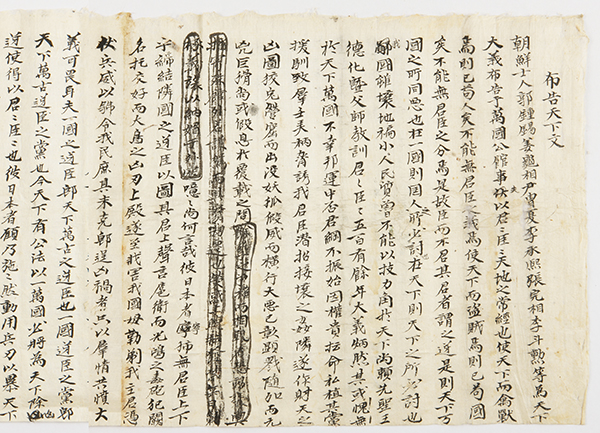 Rough draft of history - Last month, the Korean Studies Advancement Center discovered this rough draft of pogocheonhamun, a document about Japanese attempts to interfere in Korean affairs in 1896, a year after Empress Myeongseong of the Joseon Dynasty (1392-1910) was murdered. Many who fought for Korea’s independence collaborated to write the draft and sent copies to embassies in Seoul at the time. The revised copy of the document is stored at the Independence Hall of Korea in Cheonan, South Chungcheong. [NEWS1]