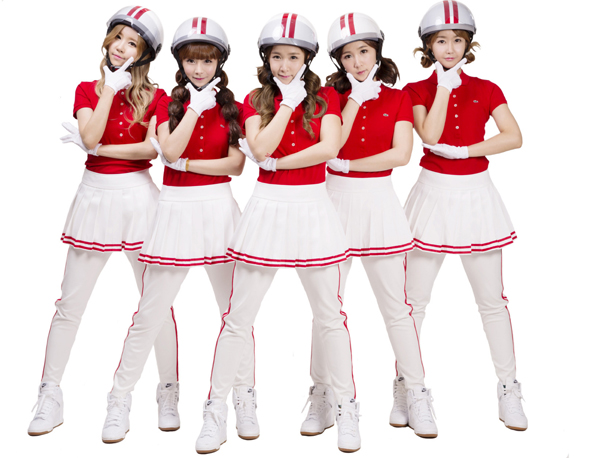 Quirky K-pop group Crayon Pop, which caused a stir last year with its novelty song “Bar Bar Bar” and strange, helmet-wearing style, is returning to the music scene by the end of the month, this time with a radically different look - traditional Korean beauty.

“We adapted the Korean traditional clothing style, to make it more convenient,” said a source from the group’s agency Chrome Entertainment.

That person added that the group’s signature bicycle helmets are gone, replaced by something more exotic and elegant.

The five-member group reportedly finished recording the songs for its new album on Monday and is in the process of coming up with the album’s concept and style, according to Chrome Entertainment.

The new songs are said to be faster than “Bar Bar Bar,” with “hopeful messages and a strong hook.”

The group is to showcase its soon-to-be-released song on Mnet’s show “Global M Countdown” on April 3.