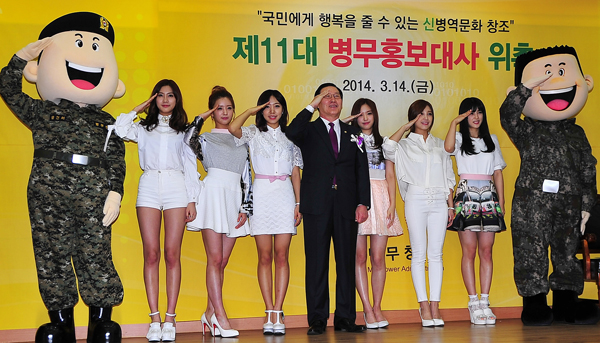 The Military Manpower Administration appointed the K-pop girl group A Pink as its 11th goodwill ambassador.

“We are honored to promote the nation’s military service. Through our activities, we hope the young citizens of Korea would cherish their military duty,” said A Pink at the appointment ceremony held in Yeongdeungpo District, western Seoul, on Friday.

The group will be taking part in PR events, including several festivals held by the ROK Army.

“A Pink is the first female figures to be appointed as goodwill ambassadors. We expect the team will encourage creating a good atmosphere in the military,” said an official of the Military Manpower Administration to local media.

In the meantime, A Pink announced that they will come back with a new album on March 31.