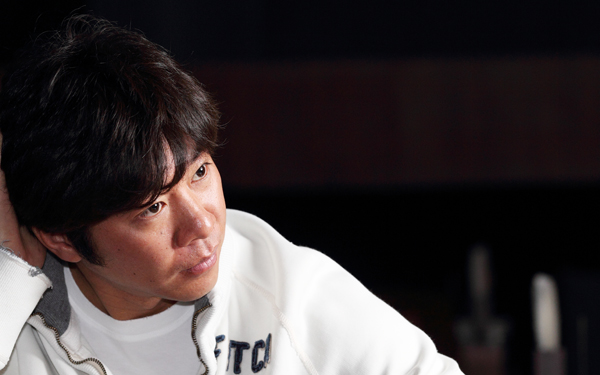 It looks like the veteran side-arm pitcher Lim Chang-yong is coming back to the Korea Baseball Organization after wrapping up his six-year journey in Japan and the Unites States. Lim was released by the Chicago Cubs yesterday, a day after he was sent down to the Triple-A Iowa Cubs, and sources said the possibility of the 37-year-old returning to the KBO’s Samsung Lions is high.

Lim had consistently told Korean media outlets that he did not want to spend a day in the minors and the Lions are the only team he can play for if he comes back to the KBO.

Kim Dong-wook, the head of Lim’s agency, Sports Intelligence, confirmed the release but did not say anything about a deal with the Lions.

“Lim requested the Cubs release him, telling them that he did not want to stay any longer in the minors,” Kim said. “He will look for another club for the 2014 season.”

Later in the day, the Lions general manager Song Sam-bong confirmed that they have have started negotiating with Lim, saying they are working out the terms of a contract.

Lim joined the Cubs’ spring camp as an invitee, hoping to join the big leagues, but he was released from the club after a disappointing preseason - in four preseason games, he recorded an ERA of 4.50, allowing two hits, including a solo home run, while striking out three.

“Lim was disappointed the club did not provide enough pitching opportunities during spring camp,” Kim said.

It looks like Lim made the best choice if he decides to join the Lions.

Because Lim was neither a free agent nor eligible for the posting system when he left for Japan, the Lions temporarily released him from the club to let him challenge a bigger league. But if he decides to come back to Korea, the Lions are the only team that Lim can join, in accordance with KBO regulations.

The Lions were projected to use Ahn Ji-man as their new closer after he spent time as the eighth-inning setup man.

But if Lim, who has 168 career saves in the KBO, comes back, the team should be able to overcome the loss of Oh.

“If Lim joins us, it will be a huge plus for sure,” manager Ryu said on Monday’s KBO media day, which was held before the start of the season.

There are two other possible options for the side-arm pitcher. One is to find another MLB club, but that looks nearly impossible because most teams have finished creating their 25-man rosters.

It is questionable how many teams would make a Major League offer to a 37-year-old veteran who missed almost all of the 2012 season due to elbow surgery, although Lim has said he is in perfect shape.

A second option is going back to Japan, where he was one of the league’s top closers. In five seasons with the Yakult Swallows of Nippon Professional Baseball, Lim went 11-13 with 128 saves and a 2.08 ERA.