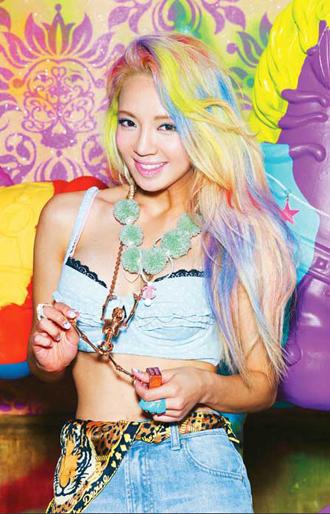 April Fool’s Day was no joke for Girls’ Generation. The Yongsan Police Precinct announced on Tuesday that Kim Hyo-yeon, a 24-year-old member of the K-pop group, was questioned on Tuesday for reportedly hitting a male friend, identified only by the initial “A.”

According to the police, Hyo-yeon was joking around with the man at their friend’s house on Monday at 12:30 a.m., in Yongsan District, central Seoul, but the goofing around got out of hand and Hyo-yeon accidently hit A in the eye with a finger. A did not take the incident well and reported Hyo-yeon to the police.

“Hyo-yeon and the friend resolved the misunderstanding right away,” said her agency, SM Entertainment, through a press release. “We assure people that there won’t be any similar accidents in the future.”

Meanwhile, through an interview with Ilgan Sports, an affiliate of the Korea JoongAng Daily, the police denied the rumor that the man was Hyo-yeon’s boyfriend.

“They are just acquaintances,” they said.