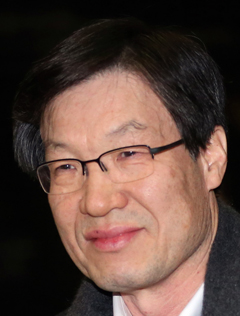 New Posco Chairman Kwon Oh-joon is moving to build better relationships with its customers as Korea’s largest steelmaker aims to improve its profitability.

“To overcome difficulties in shipbuilding and the steel industry that were caused by a sluggish global economy and become global leaders, we need to reinforce mutual trust and cooperative relationships,” Kwon said.

Posco said that the purpose of Kwon’s visit was also to promote the company’s “solution marketing,” which focuses on not only providing products that customers want but also offering technology support and starting projects together.

“We will provide and develop steel products that are used in future value-creating businesses like offshore plants and environmentally-friendly ships,” the company said in a release. “We will also boost strategic partnerships with customers.”

According to data from Clarkson Research, a London-based global shipbuilding information provider, Korean shipbuilders won orders for a total of 4.03 million compensated gross tonnage (CGT) in the first quarter, up 19.2 percent from a year earlier. CGT is a unit of measurement of shipbuilding output calculated by applying a conversion factor that reflects the amount of work required to build a ship in relation to a vessel’s gross registered tonnage.

Although the orders are behind shipbuilders in China, which bagged orders of 4.29 million CGT, Korea was still ahead in terms of order value. Its orders were worth $9.3 billion, $1.6 billion more than China’s.

Korean steel companies and shipbuilders haven’t finalized the price of thick plates for the second quarter. The two sides negotiate prices every quarter, but agreement has been delayed for three months because shipbuilders want a discount while steelmakers want a price increase.