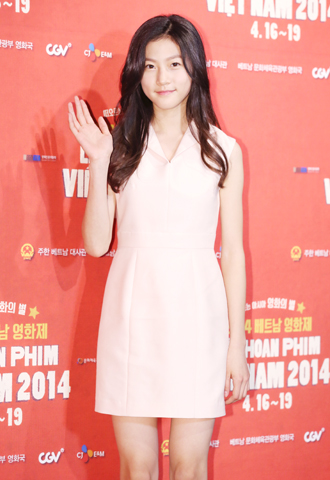 Thirteen-year-old actress Kim Sae-ron returns with a new film “Do-Hee” - but, once again, she will not be able to see it when it comes out, because the Korea Media Rating Board ruled that the film is not suitable for those under 19.

Directed by award-winning filmmaker Jung Joo-ri, “Do-Hee” follows the tale of a young girl in a remote sea town.

After her mother runs away, Do-hee is left with her brutal and abusive stepfather.

Do-hee is saved by a police officer, played by actress Bae Doo-na, of “Cloud Atlas” (2013), which leads to the girl developing an obsession with her rescuer.

“The visual images of the film are so vivid that some young people might copy the behavior,” said the ratings board in a press release. “It apparently needs proper parental guidance as some scenes are very direct and violent.”

After debuting in 2009, Kim rose to fame through the violent thriller “The Man from Nowhere” (2010).

Today’s press premiere for “Do-Hee” was canceled because of Wednesday’s ferry disaster.