Three Taegeuk Warriors with one goal

Three Taegeuk Warriors with one goal 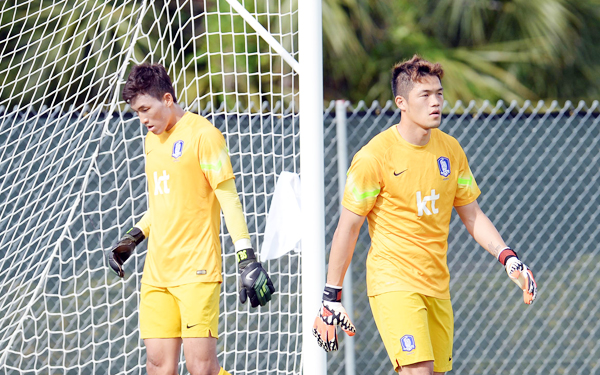 With the start of the 2014 Brazil World Cup only 10 days away, competition is already intense among the 23 Taegeuk Warriors to be selected as one of the 11 starters in Korea’s first Group H match against Russia.

Judging by recent A-match lineups, it isn’t hard to predict that Coach Hong Myung-bo will rely on stars and familiar faces like striker Park Chu-young and midfielder Son Heung-min. But one position that is hard to read is goalkeeper, where Jung Sung-ryong, Kim Seung-gyu and Lee Bum-young are in the running.

While Hong spent his time with field players at St. Thomas University in Miami, Kim Bong-soo, the goalkeeper coach, ran the three candidates through tough practices working on catching ground balls and managing set-piece situations. They also spent hours on improving their agility and concentration by using a skill ball, which is smaller than a handball.

The starter in the 1-0 friendly match loss against Tunisia last week at Seoul World Cup Stadium was the 28-year-old Jung, Korea’s No.1 goalkeeper in the 2010 South Africa World Cup and the 2012 London Olympics. Although he allowed a goal, Jung made some good saves and showed he is back in top form after being sidelined in March and April. 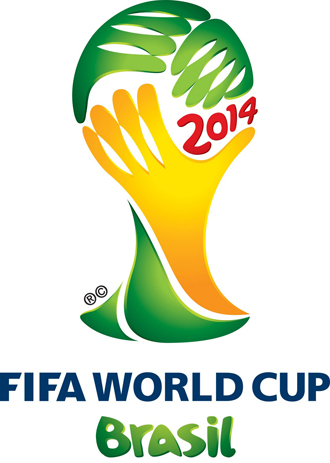 Jung rose to prominence at the age of 19 by leading Korea’s team to victory in the AFC U-19 Championship in 2004. He started all four of Korea’s matches in the South Africa World Cup after beating out veteran Lee Woon-jae, who was in goal in the 2002 Korea-Japan and 2006 Germany World Cups.

“Considering all the experience Jung has, Hong will choose him in an important first match against Russia,” predicted analyst Park Mun-sung.

In an indication of Hong’s opinion of Jung, the goalkeeper is the only player with a single room at the hotel in Miami.

In order to adapt to Florida time, Jung has spent his free time watching videos of upcoming opponents’ friendly matches or walking outside the hotel.

“Since the time is approaching, I’m trying to put myself into a World Cup mode,” Jung said. “I know the nation’s expectation for the national team is very high, and I will try my best to show what I got in the World Cup to respond to the expectations.”

When Jung struggled in March and April, the spotlight was on Kim Seung-gyu of the Ulsan Hyundai Tigers, who made his A-match debut in the friendly against Peru on Aug. 14 last year. He also started against Costa Rica in January, Korea’s first A-match this season, a sign that he has a realistic chance to end Jung’s long tenure as the national team’s top goalkeeper.

“Jung was only 24 in the 2010 event and I’ll be 25 in Brazil,” Kim said. “I think I’ve earned the chance to play in the friendly match against Ghana and to start a match in the main event.”

It is obvious that Lee is third on Korea’s goalkeeper depth chart behind Jung and Kim, but he says he has not given up hope of playing during the World Cup.

“My first goal was to be a part of the national team,” Lee said. “But since I’m in Brazil now, I want to be the goalkeeper on Coach Hong’s starting lineup sheet.”

Lee is known as a “penalty shootout specialist.” In the 2012 London Olympics, he was put into the match as a substitute for Jung Sung-ryong after the starter was injured during the quarterfinals against England. He proceeded to lead Korea into the semifinals by saving a shot by Liverpool’s Daniel Sturridge. In the K-League this season, he has made three saves on penalty kicks.

“I sometimes imagine myself making a save in a penalty shootout against strong nations such as Belgium,” Lee said. “I think I would get some chances if the team faces such situations.”