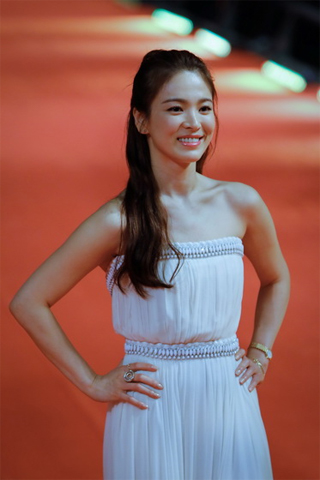 Korean actress Song Hye-gyo attended the 17th Shanghai International Film Festival which kicked off on Saturday, looking more dazzling than ever, according to local reports yesterday.

On the red carpet event held prior to the opening ceremony, Song walked down the path in an alluring white dress alongside director John Woo, whom she worked with on the soon-to-be-released Chinese film “The Crossing.”

“For me, a movie is like taking off on a journey,” said the 32-year-old actress. “A beautiful destination always awaits. And while on that journey, I always come across great scenery and unexpected joy and happiness.