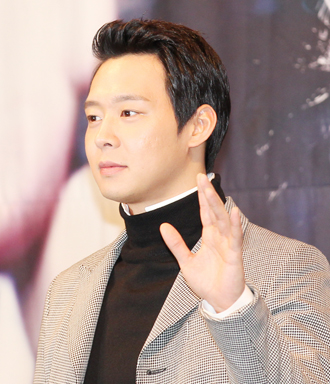 Singer-actor Park Yu-chun of the K-pop trio JYJ stole the hearts of more than 4,000 supporters in Shanghai at a fan meeting held Saturday, according to his agency, CJes Entertainment, yesterday.

“Following a fan meeting in Guangzhou, Park met another 4,000 of his fans in Shanghai and shared a special time together,” said the agency. “The fan meeting was held at the Shanghai Grand Stage and lasted for about two hours.”

The event was designed to show Park’s versatility. He sang, talked and even cooked for the people who had flocked to see him.

“I wish all of you great happiness,” said the 27-year-old singer. Park appeared on China’s popular reality show “Happy Camp” last week as a guest.