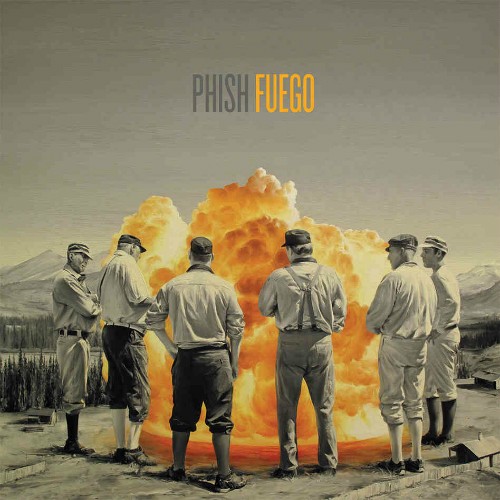 For a band that made its name for being able to interact with one another while playing live, Phish has had a hard time translating that collaborative interplay in the studio.

They succeed on “Fuego,’’ the Vermont quartet’s first studio release in five years. It’s a fun, spirited, rocking record that has a cohesiveness largely lacking in Phish releases in recent years.

On the nine-minute title track and opener “Fuego,’’ band members trade lead vocals and harmonize on a driving tune with Phish at its musical best, even though the lyrics are largely nonsensical.

“Sing Monica’’ and “Devotion to a Dream’’ bounce along with the catchiest of Phish songs. The most intriguing song on the 10-track set, “The Line,’’ joins the pantheon of rock tunes about dramatic moments in sports history. It focuses on the story of University of Memphis basketball player Darius Washington, Jr. as he steps to the line to take three free throws to decide the 2005 Conference USA tournament.

It’s quirky and rocks at the same time. But that’s Phish. That’s “Fuego.’’