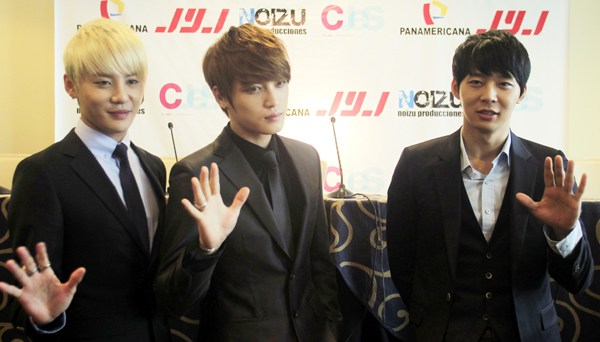 The 20,000 tickets for K-pop trio JYJ’s upcoming solo concert, “The Return of the King,” sold out within 20 minutes in the first round of ticket sales, CJeS Entertainment said yesterday.

“Due to explosive traffic, the website overloaded. It confirmed where JYJ stood in the current Korean music scene,” the agency added.

The concert, which will be held Aug. 9 at Seoul Olympic Stadium, has garnered a lot of attention since the trio announced plans to release their second full-length album later in July after three years of pursuing individual projects. The second round of ticket sale is scheduled for Tuesday. After performing in Seoul, the group - Kim Jae-joong, Park Yu-chun and Kim Jun-sun - will embark on their Asia tour.