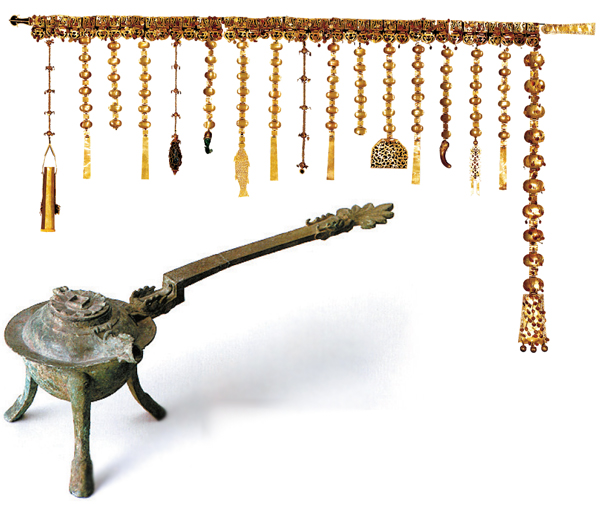 The National Museum of Korea in Yongsan District, central Seoul, presents a special exhibition, “The Geumgwanchong Tomb and King Isaji,” which includes artifacts discovered in a royal burial chamber when it was first excavated in 1921. Local experts recently found clues pointing to the suggestion that the crypt was built for King Isaji of the Silla period (57 BC-AD 935). The golden belt, above, and the pot, left, are part of the exhibition that starts tomorrow. Provided by the museum