Too much trust was big mistake

Too much trust was big mistake 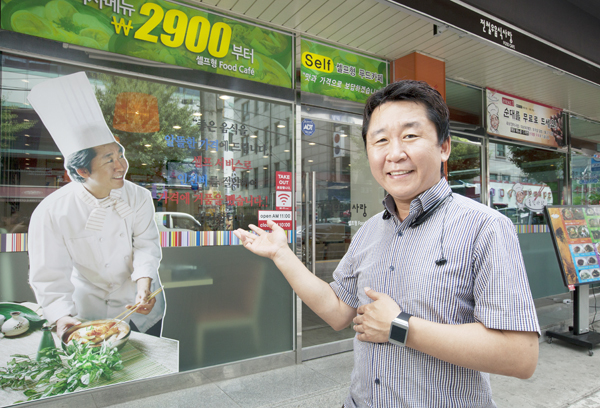 Everything was going perfectly for Chon Chol-woo in 1999. Just eight years after he defected from North Korea via West Germany, the former engineering student was a regular comic performer on South Korea’s major broadcaster MBC, an occasional movie actor and the author of a book of essays. South Koreans were fascinated by one of the first defectors from North Korea’s ruling elite.

Chon parleyed that public fascination into wealth by opening a chain of restaurants serving North Korean cuisine. By 2000, he had 70 branches and daily sales of $20,000. He was worth about 4 billion won ($3.9 million).

But what he didn’t have was capitalistic street smarts. They didn’t teach him those at Pyongyang’s Kim Chaek University of Technology nor at Hanawon, the resettlement center for defectors newly arrive in South Korea. A South Korean shyster got on Chon’s good side, took him out drinking, ended up moving into his house and started managing his affairs.

“They approached me saying they wanted to be close to me,” he recalls. “They told me I was too busy as a businessman and a comedian, and they could manage my assets, my properties.

“I was living alone and lonely,” he says. “So I trusted them.”

Chon lost everything. However, he had the power of positive thinking and resilience, which are the keys to being successful as a defector in the South.

“I thought at the time,” Chan recalls, “that I didn’t have to be frustrated because I came here with nothing. And I could start all over again.”

Fourteen years later Chon, 45, is one of the very few successful North Korean businessmen in South Korea. His company, Gohyang F&B Co., has about 40 billion won in annual sales and employs about 100 employees.

When the Korea JoongAng Daily met him for an interview at his office in Songpa District, eastern Gangnam, Chon was having a hectic day trying to plan a branch of his noodle restaurant chain in China or Thailand.

“We already have a branch that sells packed galbi (grilled meat) and naengmyeon (North Korean cold noodles) in Clark Freeport Zone in Angeles City, the Philippines,” he says while simultaneously having a phone conversation with a business partner on a Bluetooth headset and also checking emails on his Galaxy Gear smartwatch. “Sales of our products through TV home-shopping channels are already successful. One of our major clients is the Seven Luck Casino in Seoul, where many foreign visitors like the Korean galbi!”

Born in Nampo, a port city near Pyongyang, Chon was raised by parents in the top tier of North Korean society. His father was a general. His mother was a professor at the Pyongyang Institute, a training camp for North Korean soldiers, where she taught Russian and courses about Communism as practiced in the Soviet Union.

“My father was close to founder Kim Il Sung and was a founding member of the North Korean army,” Chon says. “He had close ties with high-ranking officials in the foreign ministry. If I had remained in North Korea, I would have become, at the least, an ambassador.”

But in 1989, the Berlin Wall fell, and Chon and a few other North Korean students in East Germany had to decide what to do.

“We just defected to West Germany by literally walking over the fallen wall,” he says. “Along with thousands of East Germans, of course.”

“At the time, I thought North Korea would collapse just like East Germany,” he says. “And I assumed, if that happened, I could return to my homeland very soon.”

During his three years in East Germany, Chon and his fellow students discovered the real story about the economic development of the rest of the world, including South Korea, which had been kept from them back home. They saw television programs produced in West Germany.

“I felt fooled by the regime when I was staying in East Germany,” he says. “The parents of us students in Europe were in the elite class of North Korea, but they were poorer than a farmer in East Germany. I also became to know much more about South Korea after the Seoul Olympic Games.”

As one of the few elite North Korean defectors at the time, Chon was hailed by the South Korean government. When Chon arrived in Seoul in 1989, he was one of the first defectors from the North’s elite class and he was welcomed like a prince. He got an apartment in Mok-dong, western Seoul, which he sold later at a much higher price.

His humor and positive outlook made him popular in South Korea when he started appearing on television shows. In 1993, he began working as a part-time comedian for MBC, and he was put on staff in 1994.

He entered Hanyang University’s College of Science and Technology in 1995 on a full scholarship from Daewoo Electronics. He was guaranteed a job at Daewoo after he graduated.

“Although I could work at the Daewoo Electronics, I decided to take the challenge of starting my own business,” he says. “I thought that was the right path for me. Many comedians at MBC recommended I open a North Korean restaurant, saying they thought I was talented in cooking.”

That first small restaurant, named Chon Chol-woo’s Gohyang (hometown) Naengmyeon opened in 1997 and was a hit. By 1999, he had about 60 branches selling about 2,000 bowls of noodles a day. South Koreans who originally came from the North particularly loved his chain because of the hometown taste.

With such a busy life working and studying, Chon didn’t have time to make friends or find a girlfriend. His loneliness became his weak spot.

“One day, a South Korean guy approached me and told me he wanted to become friends with me,” Chon recalls. “He appealed to me by saying he also had a lonely life. We drank together several times, and got closer.”

Chon’s new friend started to involve himself in his business.

“First off, he told me I really had to get my house cleaned up,” Chon recalls, “which I hadn’t done because I was too busy working as comedian and as a restaurant owner. He brought his wife in, and after a while, they started to live in my house with me. Later, they managed my house, then my assets and even my business.

“I trusted him too much and even asked him to manage my bank accounts,” he says. “One day, I discovered many positions in my company had been taken by his people. And then some gangsters, to whom he owed money, ended up with all my assets.”

In 2003, Chon started all over again. He stopped his worked as a comedian, which had dried up anyway, and dedicated himself anew to food: this time to selling pre-packed galbi and naengmyeon through TV shopping channels.

“I set up my own company again and also opened a factory starting last year,” he says. “I thought if I fail, all of the people around me will leave me. But I didn’t.”

Although he currently employs about 100 workers, few are defectors from North Korea.

“Many defectors asked me to hire them,” he says. “But most of them did not like to work hard, and that’s the problem. They also shun blue-collar jobs, such as working at my factory. But they don’t fit into the white collar jobs because they know nothing about marketing and have no computer skills.”

Chon says defectors have to dedicate themselves to making a success in the South. No one will do it for them, he says.

“I always tell defectors they should work for at least three years at one workplace,” he says.

Chon still controls two noodle restaurants renamed Chon Chol-woo’s Eumsik Sarang (love for food) in Korea. His new goal as a businessman is to open branches of his chain abroad.

“I wish I could have my restaurants in foreign countries, like in Southeast Asian countries,” he says. “I’m thinking of selling my products at supermarkets in China, too.”