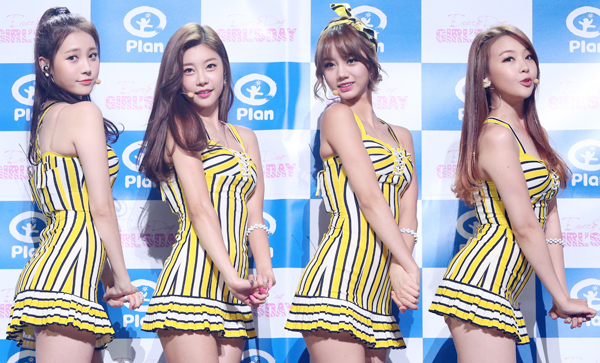 Within seven hours of its release, the song was ranked No. 1 on nine local music charts, including Melon, Bugs Music, Olleh and Naver Music.

“Darling” - produced by renowned Korean music producer Double Sidekick, also responsible for the viral January hit “Something” - is a light summer song with cute lyrics and an easy-to-follow melody.

On Sunday evening, the four-member group held their first solo concert “Summer Party” at Ax Hall in Gwangjin District, eastern Seoul, where they put on a live performance of “Darling” for the first time.