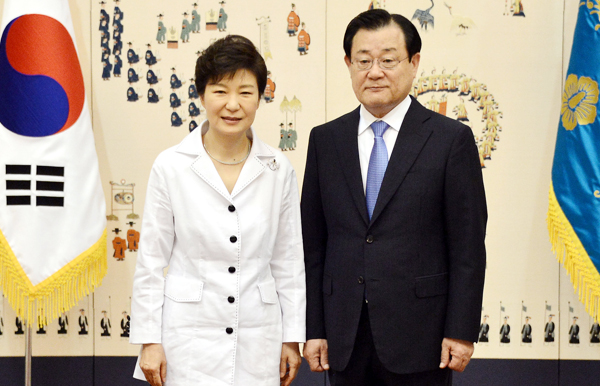 President Park Geun-hye poses with Lee Byung-ki, new director of the National Intelligence Service, after appointing him yesterday at the Blue House. She also presented certificates of appointment to four ministers and the president of Seoul National University, asking them to do their best to eradicate corrupt practices in the nation with the launch of the second generation of her cabinet. [Joint Press Corps]