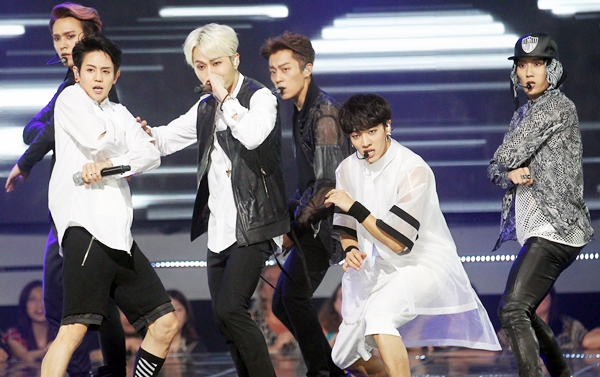 Boy group Beast made a surprise announcement during their concert over the weekend, saying their new album may be released in the fall.

Before performing their last song on Saturday, all the members talked to fans on stage to show their gratitude and share their plan with the eager fans.

“In the past, it has taken about a year for a new album to come out, and we won’t let that happen again,” said Dong-woon.

Yo-seob then said that a new album is on the way.

But the announcement may not be final, as members said that such radical action may get them to expedite the process.

“Are you watching this, Cube? Let’s do an album in the fall,” Yo-seob said to the staff at Cube Entertainment, the group’s agency.

In the concerts, titled “Beautiful Show 2014” on Friday and Saturday, the band performed for about two hours and sang 20 songs for 20,000 fans.