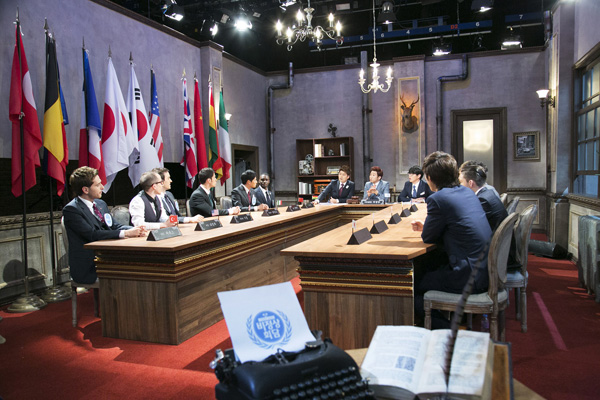 The 10th episode, which aired Monday on the cable channel, an affiliate of the Korea JoongAng Daily, recorded 6 percent.

On the program, 11 foreign men sit on a regular panel and discuss controversial issues - whether couples should live together before getting married, for instance, or children claiming independence from their parents.

Each of the representatives hails from a different country, including China, Italy, Japan, France and the United States, and the popularity of the show has increased so much that some of the panelists have even expanded their profiles off-set.

Enes Kaya, from Turkey, and Belgian Julian Quintart were both invited as guests on JTBC’s entertainment program “Hidden Singer.” And American national Tyler Rasch made a surprise appearance on “Arguments,” another JTBC talk show about current affairs.

Others have been photographed for fashion magazines, including Woman Sense, Star, Ceci, Allure and Arena.

While there was some speculation that the program would be too similar to the 2006 KBS talk show “Misuda” (Global Talk Show), in which female foreigners discussed global issues, Yoo Se-yun, one of the program’s three hosts, brushed off those concerns.

“While ‘Misuda’ was about getting to know one another’s cultures, ‘Non Summit’ will go further to suggest what other countries can do to help solve certain problems,” Yoo said during a press conference on July 1. “It’s not merely about ‘What about your country?’ but about coming up with ‘What’s better?’ together.”