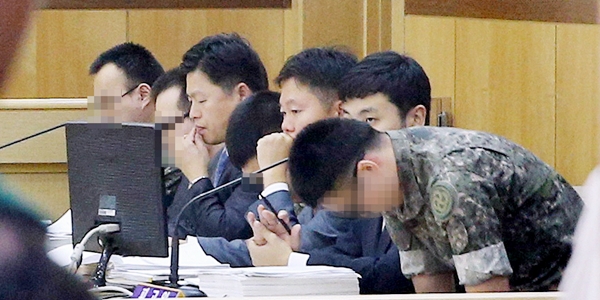 A soldier, court-martialed on charges of murder for the death of a young Army conscript, lowers his head during trial yesterday as he sits on the defense stand. Four soldiers were charged with murder for systemically beating a private first class over months. The victim died on April 6. The court martial began at the 3rd Army command in Yongin, Gyeonggi. By Kim Sang-seon