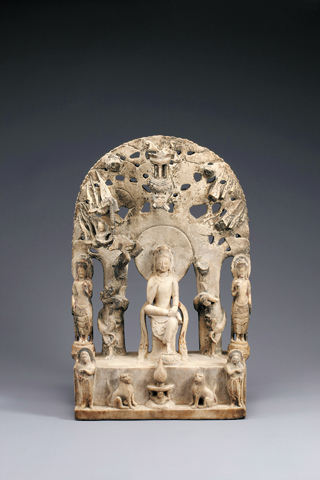 An art collection reflects not only a curator’s taste but also his or her beliefs and philosophies.

The same goes for museums.

This is the central idea of “Collecting Asian Objects in Colonial Korea, 1910-1945,” an exhibition that started its 10-week run at the National Museum of Korea last week.

The concept is to show artwork collected by Japan during its colonization of Korea (1910-45). The government-run gallery procured the items when it took over two museums that were owned by the Japanese state under colonial rule.

“With the exhibition, we hope to go back to that period and study why Japan collected the Asian art they collected then,” Kim Yong-na, the museum’s director, told journalists on Oct. 27. “The collection then reflects a distorted view, a stranger’s view. .?.?.?We want to go back to square one and re-examine things from our perspective.” 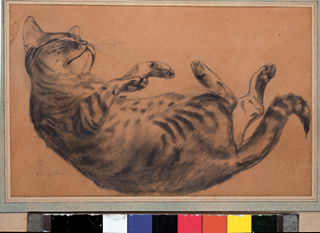 Japan established the Joseon Government-General Museum at Gyeongbok Palace in 1915. Korea opened the Imperial Museum within Changgyeong Palace in 1908, but after Japan took over the peninsula in 1910 it changed the name of the museum to the Yi Royal Family Museum of Art.

Among the 200 artworks being shown at the exhibition, a large mural at the entrance stands out.

The work from 1926 by Wada Sanzo (1883-1967) was formerly located at the north wall of the Joseon museum’s main hall. It depicts a tale indigenous to both Japan and Korea, which curators say Japan partly used to justify its colonization.

In the first section, which is dedicated to ancient Asian art that Japan collected during the early years of its colonization, the exhibition showcases relics from China’s Han Dynasty (206 B.C. ? A.D. 220). Japan collected these artifacts in an attempt to prove that Korea’s ancient culture originated from China. 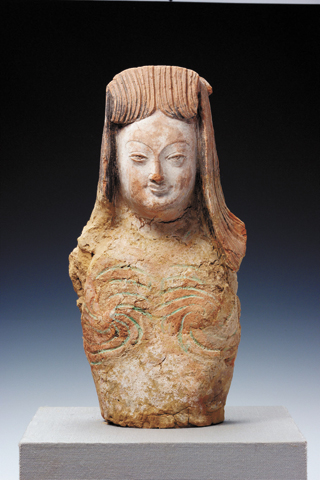 The second section displays relics given by Japanese mining tycoon Kuhara Fusanosuke, who had good relations with the Japanese government in Korea and hoped to win business projects on the peninsula through his donations.

The third focuses on Buddhist steles that Japan had collected, through which museum officials aim to show Japan’s beliefs that Buddhist art is the yardstick of cultural development and how it thought Korea had experienced a cultural recession during the Joseon Dynasty (1392-1910), a society based on Confucianism.

The last section, dedicated to modern art, showcases paintings and sculptures by Japanese artists that the country’s government favored at the time. Curator Lee Tae-hee says many of the works show Japan’s imperialistic intentions. 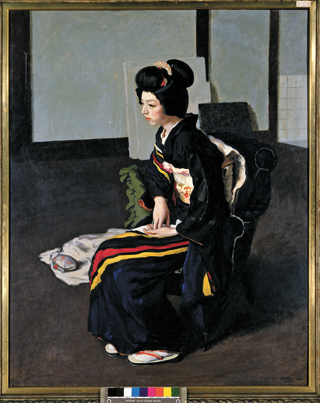 “In the painting, you can see banners saying ‘Let’s Finish the Greater East Asia War’ and ‘Let’s Defeat the British and America,’?” Lee said. “Also, by portraying the Chinese Huabei region that Japan invaded as a peaceful and abundant village after the 1941 Pacific War, it can be interpreted that Japan intended to beautify its war aggression.”

When asked about the possibility that the exhibition could be viewed politically, given Japan’s recent rightist swing and prolonged disputes over history with Korea, director Kim said no.

“The exhibition has nothing to do [with the current bilateral relations],” she told the Korea JoongAng Daily.

“We have been studying this since 2008 and releasing annual reports. We are just showing what we have found so far.”

*“Collecting Asian Objects in Colonial Korea, 1910-1945” runs until Jan. 11 at the National Museum of Korea in Yongsan District, central Seoul. Admission is free. Go to Ichon Station (lines No. 1 and 4), exit 2.