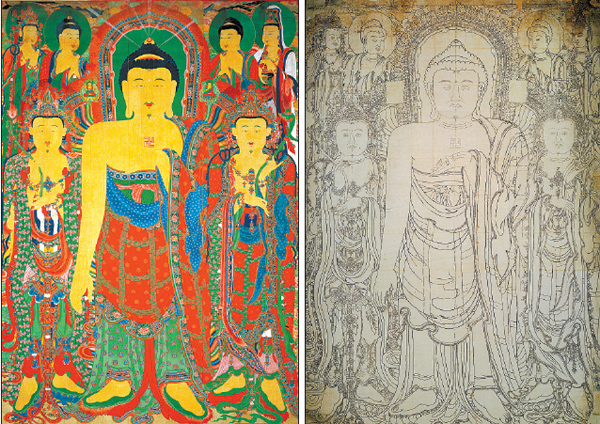 The National Museum of Korea in Yongsan District, central Seoul, is displaying the Buddhist Hanging Scroll from Gaeam Temple in Buan, North Jeolla. It measures 13 meters (43 feet) long. Scrolls of this type were used in Buddhist rituals and are usually large, making it difficult to display them at museums. This scroll, designated as Korea’s Treasure No. 1269, was drawn in 1749 and is unique because its original sketch is kept with the final copy. Experts say it’s rare for Buddhist hanging scrolls to come with original sketches. The exhibition runs until April 26. Provided by the museum