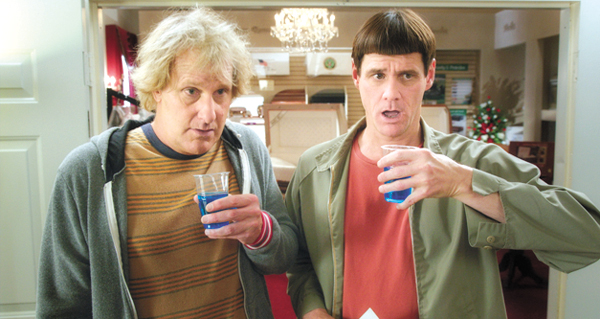 Dumb and Dumber To

The perfect comedy duo, Jim Carrey and Jeffrey Daniels, is returning with sequel to “Dumb and Dumber” after 20 years.

Since the first adventure, Lloyd Christmas (Jim Carrey) has been in a mental institution after a prank committed by Harry Dunne (Jeffrey Daniels).

Soon after, Harry tells Lloyd one of his kidneys has problem and that he needs a donor.

When the duo visit Harry’s parents asking for a kidney, they learn that Harry was adopted and that they are not compatible as donors.

They soon discover that Harry has a daughter with his ex-girlfriend, who he dated 23 years ago, and they leave to find the girl. They implore her to donate a kidney to Harry.

Lloyd, in the meantime, immediately developed a crush on Harry’s daughter when he saw her picture.

The characters from “Dumb and Dumber” appear in the movie so its likely viewers will recall the hilarious memories experienced during the first film.

The Farrelly brothers, the original film makers of “Dumb and Dumber”, directed the sequel once again.


Hector and the Search for Happiness (15) 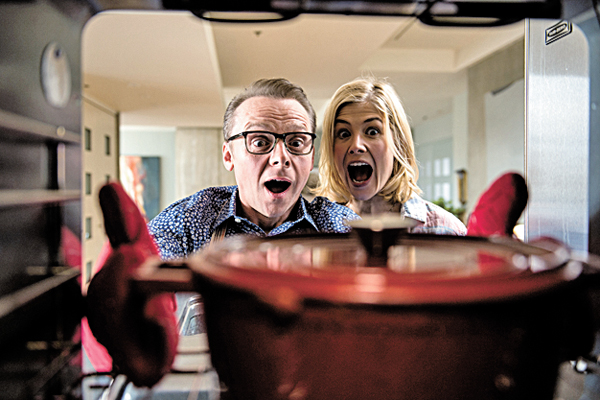 Hector and the Search for Happiness

Hector (Simon Pegg), a psychiatrist, spends an insipid life in London, doodling in a notebook while pretending to listen to his patients.

His life seems perfect as he has an elegant girlfriend, Clara (Rosamund Pike), but he starts to wonder if there’s more out there than his comfortable yet routine and meaningless life.

After a while, he decides to embark on a solo trip abroad to seek what happiness truly means - without any plan to come back.

He begins to move around the world, visiting Asia, Africa and the United States.

He meets various people along the way: a business man who says that happiness is all about money; a gorgeous Chinese woman who Hector instantly falls for; monks who find their pleasure despite of grief; a woman with a brain tumor; drug dealers and gangsters; and a professor who studies how happiness affects brains.

Through the journey, he writes down what joy means to others and tries to figure out what it means in reality.

Can Hector find the real definition of happiness? 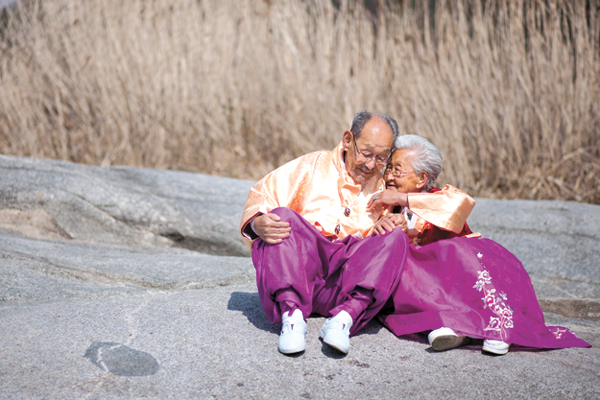 My Love, Don’t Cross That River

This documentary retraces the life of elderly couple Kang Gye-yeol, an 89-year-old lady, and Cho Byeong-man, a 98-year-old man.

Kang and Cho, live in the country alone after their children grow up. They have been together over 76 years.

If you imagine the alienated old couple or indifference, you might be surprised by how much they still love each other and enjoy dating.

Cho knows how to love a woman. He is still fun and romantic; he gives flowers to Kang in spring, asks her paddle in water in summer, plays with fallen leaves in autumn and has snowball fights in winter.

Yet his physical condition is getting worse, and Kang intuits that the death of her husband will not take a long time.

Unlike other documentaries, narration and interviews have not been inserted much. Instead, the director focuses on the couple’s life.

The director said he wants to convey a message about what real love means through this film.

Based on the paranormal fantasy novel “Horns” by Joe Hill, the film adaptation was directed by Alexandra Aja and stars Daniel Radcliffe of “Harry Potter” and “Kill Your Darlings.” 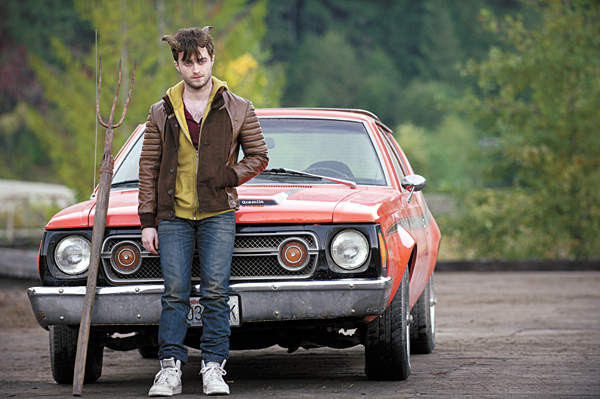 Ig Perrish (Radcliffe) becomes a pariah in his town after being accused of murdering his girlfriend, who was found dead in the woods.

Although imprisoned, he was released for lack of evidence.

Soon, he finds himself with horns on his forehead in the morning after praying for a supernatural ability in order to find the real murdered.

The horns make people share their dark secrets and impulses with him.

He soon realizes he can use the ability to seek the person who really murdered his lover, Merrin (Juno Temple).

However, he doesn’t deal well with the results of having the horns.

He inadvertently learns things he wished he did not know - like what his family really think about him and his best friend’s secrets.

The film received mixed reviews from critics upon its release in North America.

The originality of the movie and Radcliffe’s performance was praised but the script received bad reviews.

The film boasts an impressive cast, including Lee Jung-jae of “The Face Reader” and Shin Ha-kyun of “The Thieves.”

“Zombie”, or Choi Ik-Ho (Lee Jung-jae), is a talented UFC star. But one day, he is arrested as the prime suspect in the disappearance of his older brother and coach.

Soon, he receives a phone call from Ace, a mastermind who designs a reality game for the upper classes to bet enormous money on.

Ik-ho realizes that he is sole participant in a deadly game that uses real people in real time with high-tech widgets and CCTV cameras.

If you thought Katniss Everdeen (Jennifer Lawrence) and her “Hunger Games” partner and co-winner Peeta (Josh Hutcherson) were adorable in the past editions of the popular series, you might have to steel yourself for the next installment.

A symbol of female empowerment, Katniss finds herself in District 13 after breaking out of the televised games that force males and females selected by a lottery to fight to death every year in retribution for a past rebellion against the Panem government.

Meanwhile, Peeta (Josh Hutcherson) is captured by President Coriolanus Snow (Donald Sutherland), the man behind the Hunger Games, and is brainwashed into hating Katniss.

Finally, Katniss plans an all-out war against the oligarch Snow, who rules the Capitol, spreading her wings as she fights to save Peeta and the rest of the nation.

The worldwide phenomenon Hunger Games” continues to set the world on fire with “The Hunger Games: Mockingjay - Part 1.”