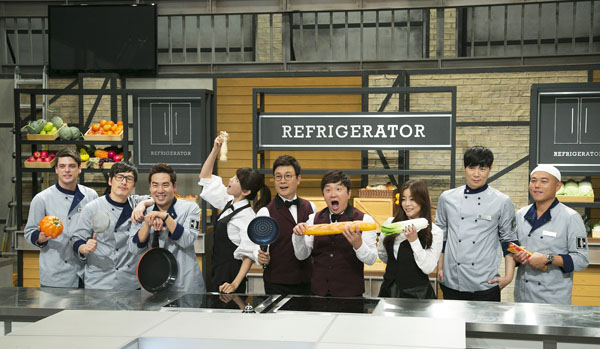 The popularity of food-related programs doesn’t seem to be waning in Korea. More and more ambitious shows on public and cable TV channels have launched lately with one particularly common theme: cooking in our own kitchens.

More than 10 shows focused on food and cooking have appealed to viewers’ palates this year. 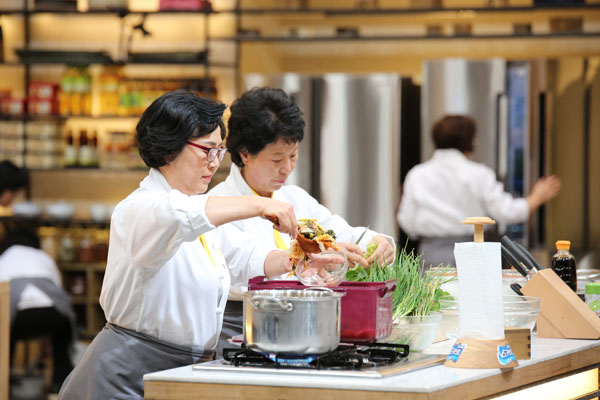 JTBC’s “Please Take Care of My Refrigerator,” which started airing last month, has a number of celebrity chefs cooking up dishes with just a few ingredients that are easy to find in our fridges. Leftover jokbal, or pig’s trotters, and over-fermented kimchi are just a few items that have been incorporated into delicious dishes by the show’s regular star chefs.

“Three Meals a Day” on tvN goes for more primitive methods. Celebrities are the show’s regular cooks, while just-harvested vegetables, eggs from home-grown chickens and fresh goat’s milk are the main ingredients for the hearty meals whipped up on the series. 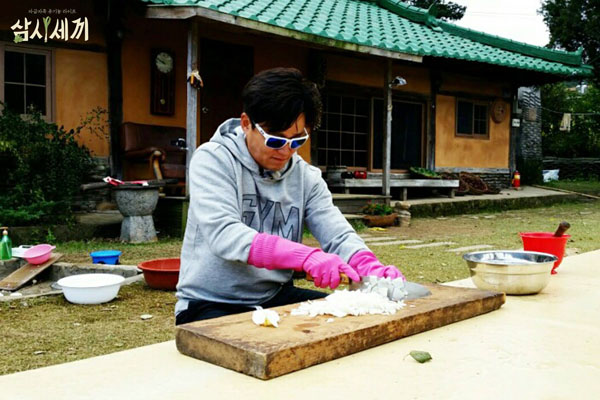 Previous shows focused on introducing good restaurants, but the latest fad is to show celebrities or chefs cooking with ingredients that can easily be obtained.

A similar trend existed in the 1970s when cooking programs featured professional cuisine researchers and aired during the mornings or on weekends to target housewives.

However, the storytelling on these shows now differs. Instead of presenting staples cooked to create an elaborate result by professionals, the programs focus on creating a lighthearted and funny ambience.

This way of cooking may be obvious, but elements such as a survival format, star chefs and celebrity discussions on the side add an innovative and appealing touch.

In “Please Take Care of My Refrigerator,” six star chefs sneakily criticize or make fun of each other’s dishes. In “Three Meals a Day” it’s hilarious to watch Lee Seo-jin, a regular on the show, grumbling about having to fix something up from scratch.

“Celebrity chefs have their own know-how [about how to cook] on TV shows because they have a lot of experience on the small screen even if it wasn’t on a variety show. Viewers like to see these chefs appearing on a new kind of TV show [that is more like a variety show] and enjoying themselves while cooking,” said Sung Hee-sung, the producer of “Please Take Care of My Refrigerator.”

“Easy-to-cook home meals have become the latest trend. They give viewers a sense of credibility and familiarity,” said food columnist Park Jung-bae.

However, some critics point out that an excessive number of food programs will have a negative effect on Korea’s culinary culture.

“In our society, where desire for food has become exaggerated, TV programs and food culture are becoming more like a slick style of showbiz,” said Joo Young-ha, a professor at the Academy of Korean Studies.

“[The programs] should reflect at least some thoughts and worries about the right way of circulating food and the negative effects of food waste.”