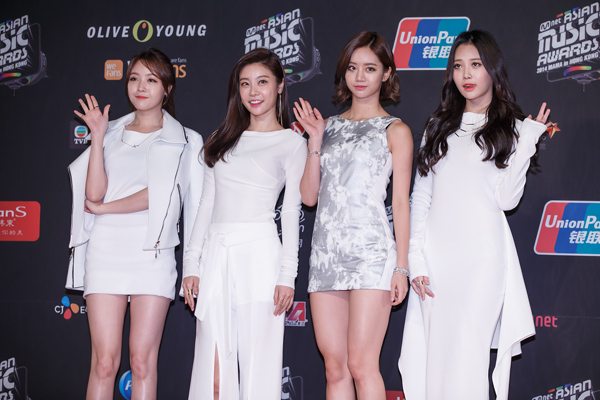 Prior to the 2015 Golden Disc Awards, which will be held in Beijing on Jan. 14 and 15, Ilgan Sports, an affiliate of the Korea JoongAng Daily, introduces the singers who have been nominated for grand prizes.

Rising group Girl’s Day and female vocalist Jung In have both done well this year.

Girl’s Day started off the year with the hit “Something” in January, which stayed in the top 10 for two months.

With its popularity, the group made a spectacular debut in Japan and is now considered one of the most promising K-pop girl groups, along with Apink.

Jung, on the other hand, left her agency and signed with Leessang Company, which is run by rappers Gary and Gil.

She gained fame with the track “Your Scent,” which was composed by Gary.

Critics deemed it as a different style that suited Jung well. It topped the music charts, receiving commercial as well as critical success.

“There is not a vocalist like Jung In in the world,” Gary said. “So I really hope many people will come to know her through her music.”