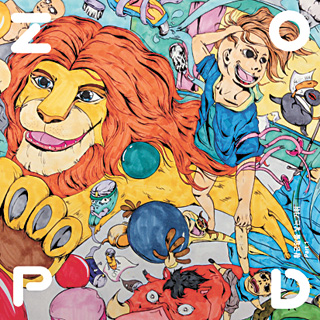 For 17 years, Zo PD has produced musical gold, with hit songs that have also boosted other artists to fame. And he has now returned to rap on his own album, “Golden Goose Part. 1.”

The title track, “Candy,” features Bada, a former member of a girl group who now performs in musicals. It’s hard to imagine their voices together, especially after Bada’s career transition into musicals, but it’s not too bad.

The lyrics, however, are impressive, offering encouragement for people as they go about their daily lives. The piano track added to the melody also keeps the song fresh.

I personally prefer the song “My Style,” which features five other artists: Kiddo, Sangdo, Suhgung, Kuro and X. The track sounds more like the classic style of Zo PD, who has a 17-year career in the country’s hip-hop scene.

The last song, “My Friend,” is a reinterpretation of the original by Insooni, which was immensely popular a decade ago. Zo PD has reinterpreted it in a more tender way for this album with the help of Sohn Seung-yeon.