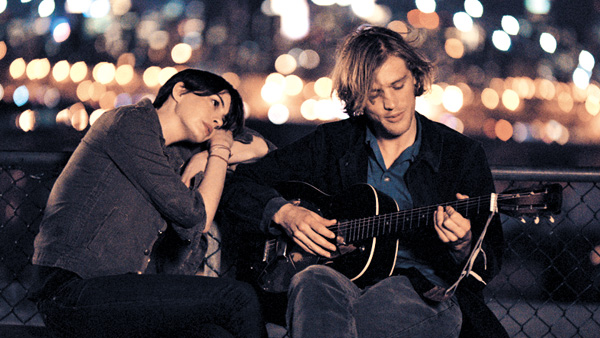 Romance films accompanied by harmonious melodies are particularly well-received in Korea, as shown by the unexpected popularity of “Once” and “Begin Again.”

And “Song One,” starring Anne Hathaway, is expected to join the club.

The film revolves around Franny (Anne Hathaway), an anthropology student who comes back to New York after hearing that her beloved younger brother had been taken to a hospital after getting hit by a car.

Deva
stated at seeing her comatose brother, Franny goes to find his favorite folk singer, James (Johnny Flynn), in order to deliver a demo CD to him.

The two strike up a friendship so quickly and so naturally that they start to share their secrets with one another.

Flynn, who is a an English folk singer, plays his tunes throughout the movie and is joined by Hathaway’s beautiful humming sounds. 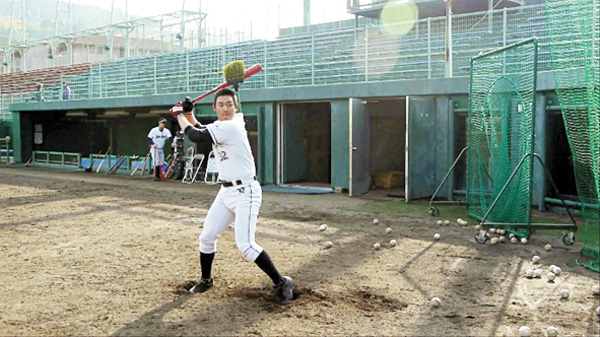 When baseball was not a mainstream sport in Korea there was a symbolic figure who strived to cultivate the underdogs into professional baseball players.

Kim Sung-keun is a former manager of the now disbanded Goyang Wonders, which was the first independent club of sorts in Korea.

Its members were people from diverse backgrounds and even those who fell out of professional teams.

The 87-minute documentary follows Kim and his players going through a hard-core training schedule, recording 90 wins, 25 ties and 61 losses in three seasons.

The documentary also shows when 31 members of the club were miraculously able to join professional teams afterwards. 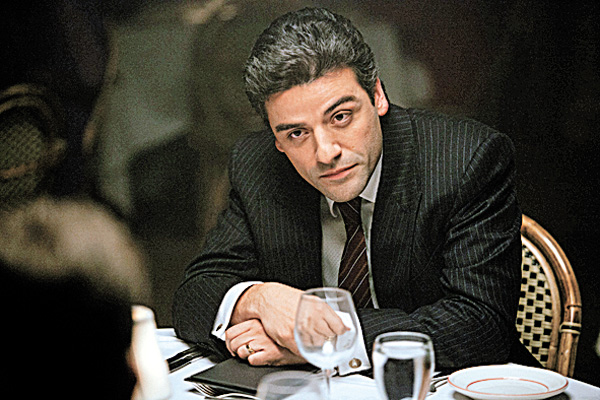 If you are looking for a crime thriller like “The Godfather,” “A Most Violent Year” is certain to please you.

The 124-minute story unfolds in New York in 1981 when it was titled “The City of Crime” as deaths and gangs were rampant.

Abel (Oscar Isaac) is a young immigrant who owns an burgeoning oil company. He is determined to build up his company the right way, without the influence of the gangs and corrupt officials.

However, his trucks carrying tons of heating oil are hijacked, inflicting a serious loss on his company. To make matters worse, he was indicted for 16 irregularities and the bank that promised him a loan cancels it.

While he is suffering from this spate of miseries, his wife, Anna (Jessica Chastain), a mafia boss’s daughter, suggests he fight violence with violence.

With just three days to solve his problems, he has to decide whether to remain ethical or not.

Chastain attempts an image turnaround through this movie.

Although the sizzling summer season has yet to come, theaters are releasing horror movies earlier than expected. The upcoming film “It Follows” is a decent starter.

According to Hugh, the woman is standing at the entrance of the theater, but to everyone else there is no one there.

When Hugh hears that Jay did not see anyone, he fearfully suggests they leave the theater.

Soon after, the couple make love and it is later revealed that Hugh’s curse had been passed on to his girlfriend - a shape-shifting apparition that will follow her.

The person who has this curse can see the apparition, which tries to catch and kill him or her.

The only way to lift it is to make love to someone else so that the curse is handed over.

The film depicts Jay and her friends trying to escape the curse.

The film first received a limited release, but the numbers of screens have increased by more than 300 times after its considerable success in the United States.

Society is very demanding of Koreans in their 20s. They are expected to get into a good college, get a high GPA and obtain a decent job while managing to sustain a relationship at the same time.

It is all part of being an adult, but what would a just-turned-20-year-old male know about life or love when his binge-drinking habits make him forget what happened yesterday?

The upcoming film “Twenty,” directed by Lee Byeong-heon, who was a part of hits Love Forecast” (2014), “Sunny” (2011) and “Scandal Makers” (2008), captures these chaotic moments in a highly entertaining way.

Lee Jun-ho from K-pop group 2PM attempts his first big-screen leading role as Dong-woo, who has to let go of his dreams due to financial issues.

Up-and-coming actor Kang Ha-neul plays Kyung-jae, an ideal representation of a Korean college boy, who immediately begins preparing to get a job at a big company, but does not have much luck in the relationship department.

The hilarious trio is expected to deliver a dose of laughter to audiences everywhere.

The film distributor has chosen to screen the film with English and Chinese subtitles at selected theaters. 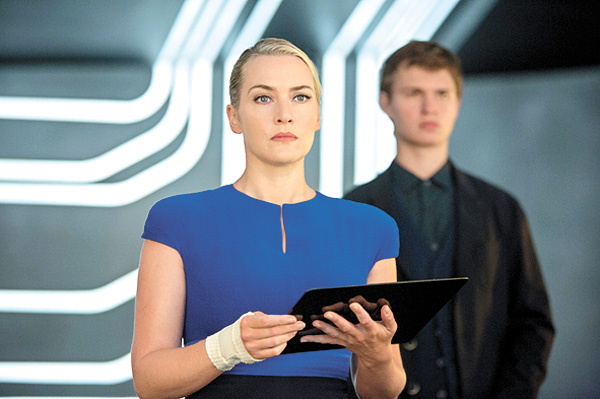 The second film in the “Divergent” trilogy is finally out a year after the series’ launch. The first film received positive reviews for its tale of teenage rebellion against an anarchic system and a love story that manages to bloom amid an urgent situation.

The world is divided into factions based on people’s characteristics in a near-dystopian future.

Dauntless is for the brave, Amity is for the peaceful and Candor is for the honest. In the world of the film, your faction defines your value in society and the direction of your life.

The story unfolds three days after the events of the first installment when Tris (Shailene Woodley), a female teenager and a “Divergent” - someone who fits in multiple factions and is regarded as a risk to society - becomes a fugitive along with Four (Theo James).

Jeanine (Kate Winslet), the leader of the government, searches for a box, believing it contains a message from the city’s founders and will be the key to ending the Divergent problem once and for all.

At the same time, Tris and Four organize with other Divergents to rebel against the state.