Seventh score of the season

Seventh score of the season 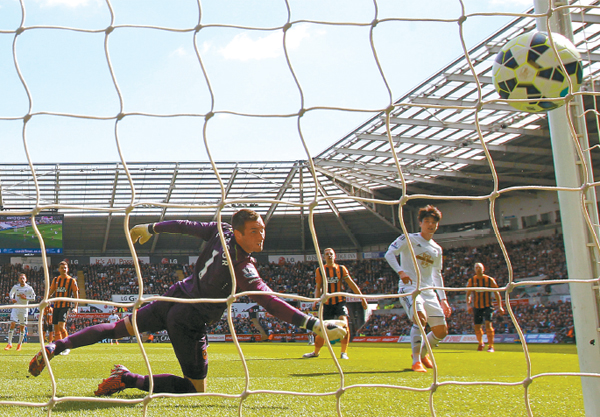 Swansea City midfielder Ki Sung-yueng, right, scores the team’s first goal against Hull City in the 18th minute of their English Premier League (EPL) match on Saturday at Liberty Stadium in Swansea, Wales. This was Ki’s seventh goal in the league - the most from an Asian football player in a single EPL season. Japan’s Shinji Kagawa previously scored six goals in the 2012/13 season when he played for Manchester United. Swansea won 3-1 with Ki’s goal and a double from French striker Bafetimbi Gomis. [AP/NEWSIS]