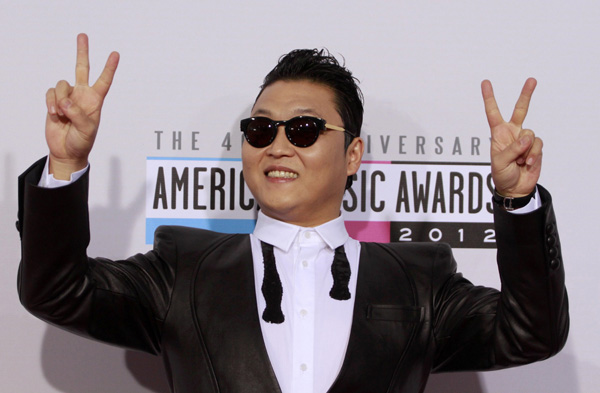 The 38-year-old singer’s music video was released on March 26 in China via QQ.

His music video beat new songs by Wang Leehom and Hu Xia, who are both popular singers in China.

The singer’s music video exceeded 100 million hits in total, proving his popularity there.

Psy worked in collaboration with Lang Lang, a world-famous pianist of Chinese descent, for the video.

The song was originally released in Korea 10 years ago.

Unlike some of his tracks, which have witty and satirical lyrics, this one depicts a hard-working father who sacrifices himself for his family.

Chinese Internet users who saw Psy’s video wrote that “the song seemed more touching with the visual music video” and “it is like a heartwarming fairy tale.”

In addition to the song “Father,” Psy is also planning to release a single album in China that will contain ballad songs such as “Paradise” and “The End,” which have already come out in Korea. The exact release date of the Chinese album has not yet been decided, however.

Psy debuted with his first album in 2001 in Korea and has brought out many hit songs since then, such as “Bird,” “Right Now” and “Champion.”

He gained international popularity after his song “Gangnam Style” became a sensation in 2012.