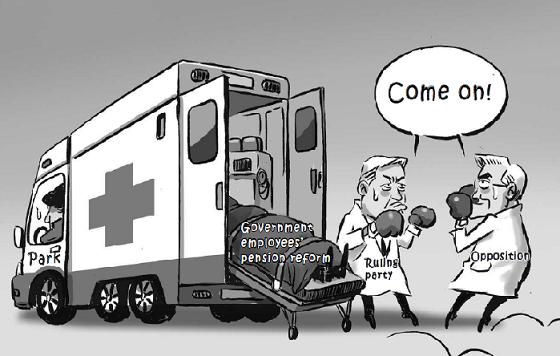 After the civil servant pension reform led by President Park Geun-hye went off track at the National Assembly due to a last-minute disagreement on whether to raise the national pension program’s income replacement rate to 50 percent from 40 percent in the reform bill, the ruling and opposition parties attacked each other.