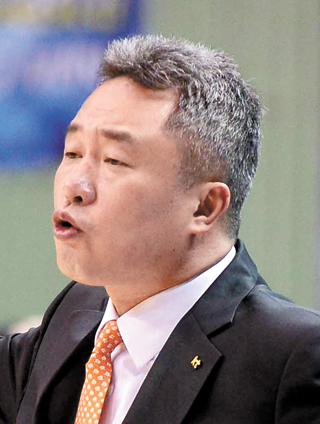 Jeon Chang-jin, five-time Korean Basketball League (KBL) Coach of the Year, is under investigation for allegedly fixing games and has been banned from leaving the country.

According the to Seoul Metropolitan Police Agency on Tuesday, the 52-year-old coach is accused of betting 300 million won ($273,000) against his team in February.

The three-time KBL Finals winner, who was coaching the Busan KT Sonicboom in February, allegedly used bench players in the second half to ensure the team would lose and reportedly nearly doubled his money, police said. Authorities did not specify how many and which games were involved.

Police late Monday said Jeon and five acquaintances are being investigated for allegedly gambling in violation of the National Sports Promotion Act. Two of the suspects have been detained.

Police said they have a statement from a private party who claims to have loaned 300 million won to Jeon by depositing the money into a borrowed-name bank account.

Jeon, who was appointed as the new coach of Anyang KGC last month, is expected to be summoned by police next month.

If the charges against Jeon are proven, he would be the second professional basketball coach involved in fixing games. In 2013, former Wonju Dongbu Promy coach Kang Dong-hee was indicted for fixing. He was sentenced to 10 months in prison and banned from the KBL for life.

“We apologize to fans that professional basketball is again involved in a shameful incident,” the KBL said in a release Tuesday. “If the allegation is confirmed, we will take strict and powerful measures.”

In Korea, the only legal form of sports betting is through Sports Toto lottery tickets, which cannot be purchased by coaches, players, referees and team staff members for games in which they are involved.