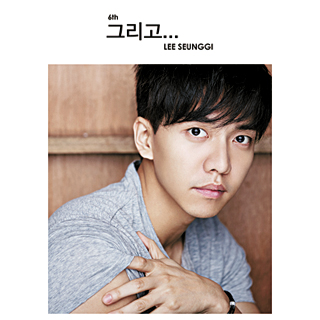 
Multitalented singer Lee Seung-gi has finally returned as a singer with his latest full-length album “And…” nearly three years after his EP “Forest.”

Lee rose to stardom with his debut song “Because You’re My Girl,” which brought him nationwide recognition.

Afterwards, he was rather focused on appearing in various TV shows in the past few years, so the release of his long-awaited album will be welcome news for fans who have waited almost three years.

Having topped most domestic online music charts as soon as it was released last week, the lead track “And Goodbye” is by famous composer Kim Do-hoon. The piano and strings rock ballad has smooth vocals, a catchy melody and mournful lyrics.

Another track “You And Me” centers on a couple, once dependent on each other in hard times, finally breaking up.

This time, Lee also participated in writing and composing songs, which makes us look forward to his next steps as a musician.