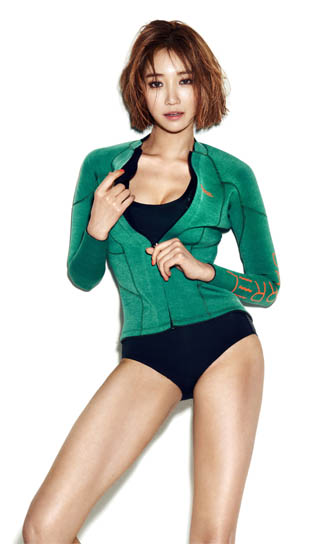 Actress Go Joon-hee has been cast in MBC’s new drama series “She Was Pretty” (working title), which is scheduled to air in the latter part of this year, according to Korean media outlet Edaily.

“Even though she has not yet made up her mind, the actress is positively looking over the offer. The decision will soon be made,” said the 29-year-old’s entertainment agency, J,Wide-Company.

If Go decides to star in the TV drama, it will be her first drama series since she last appeared in “King of Ambition” (2013) two years ago. Since her last project, she has been concentrating on movies such as “Red Carpet” (2014) and “Intimate Enemies” (2015).

However, she said she became interested in joining the drama series because she felt attracted to the character she will take on in the drama, along with its intriguing plot.

If she joins the project, she is slated to play the role of a hotelier, who is portrayed as highly popular for her stylish fashion and good looks, not to mention her cool personality. Thanks to her easygoing attitude, she has never been hurt by love. But after seeing her first love, she starts to feel conflicted about their friendship and love.

The new drama will be a follow-up to “Scholar Who Walks the Night” (2015) and will air sometime around September.