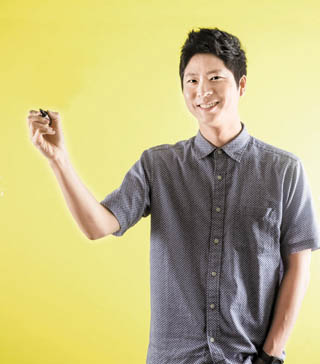 The buoyant and colorful depiction of imaginative landscapes in Pixar’s latest project, “Inside Out,” is meticulously crafted by the studio’s 40 animators.

One of the animators who worked behind the scenes is Erick Oh, a Korean animator who has been at Pixar since 2010.

The 31-year-old studied Western art at Seoul National University (SNU), and then enrolled in the University of California, Los Angeles, to study film and animation for his masters degree. 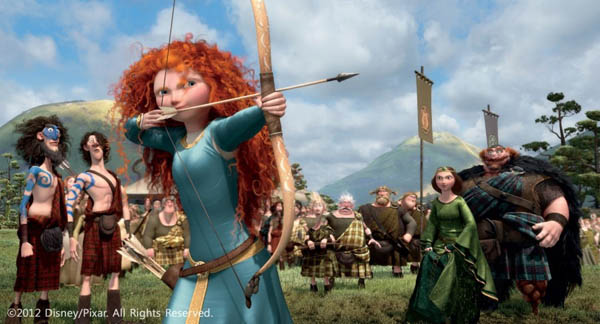 Animator Erick Oh collaborated on some of Pixar’s most well-known features, including, “Brave” (2012),Provided by the distributor

He has collaborated on some of Pixar’s best projects, like “Brave” (2012) and “Monsters University” (2013), while also dedicating time to work on his own short independent animations.

The JoongAng Ilbo, an affiliate of the Korea JoongAng Daily, met Oh in May for an interview when he visited Seoul to participate in the Seoul Digital Forum. Below are edited excerpts of the interview. 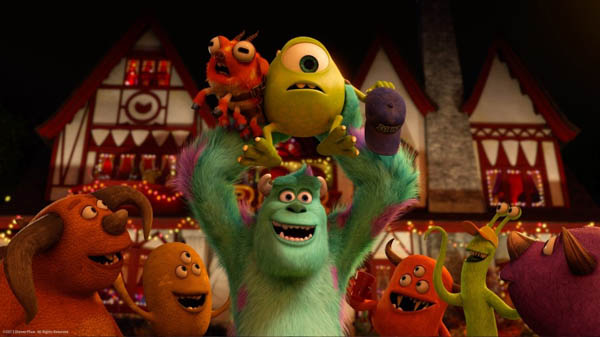 Animator Erick Oh collaborated on some of Pixar’s most well-known features, including, “Monsters University” (2013) Provided by the distributor

Q. What is the role of an animator?

A. An animator breathes life into the characters. So it is like making the character act according to situations and emotions. For the latest “Inside Out,” about 40 animators collaborated on the job. It was important that all of us came to a consensus about each character’s personality in order to show consistency. We discussed for hours to decide how a character should drink water out of a cup. Is he left-handed? Does he use a straw? How many times should he blink while drinking water?

What was your portion in “Inside Out”?

The 40 of us work with very small segments of the movie, so it would be more appropriate to say that my portion is distributed in all corners of the film. But there is one scene where Joy, Sadness and Bing Bong mess around at a dream factory in Riley’s head. That part of the film was fully delegated to me.

How did you become an animator?

Ever since I was a kid, I used to sketch characters I saw on TV like the Ninja Turtles, Dooly and Robot Taekwon V. I especially admired the character Genie in one of Disney’s animations, “Aladdin” (1992). I drew it so many times that I still remember exactly how he looks. When I made my own independent short animation, “The Bag” (2007), as my graduation project at SNU, I started to have genuine interest in animations. Although I work at Pixar, I haven’t given up on making my own. 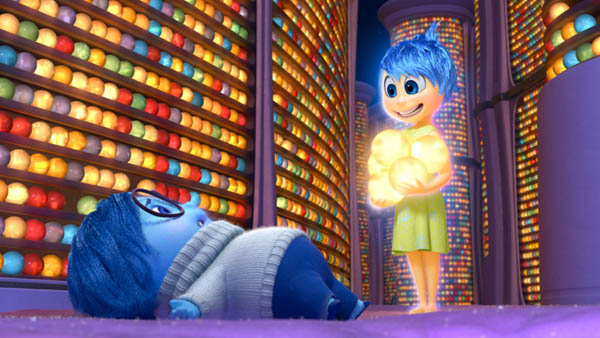 Animator Erick Oh collaborated on some of Pixar’s most well-known features, including, “Inside Out.” Provided by the distributor

Why do you constantly make your own work?

I spend at least an hour out of my day to do my individual work. Isn’t it fair to spare at least an hour to solely do what I want to do for my life? Even when I am working on Pixar’s project, I can’t stop thinking about what I want to do on my own. If I don’t fulfill those ideas, I think my life would break apart. Some of my colleagues suggest I make a short animation under Pixar, but I can’t think of a story that would go in line with Pixar’s sentiment. Personally, I want to make an experimental one.

What do you think makes Pixar’s animations so special?

There is this thing that John Lasseter, the chief creative officer of Disney-Pixar constantly reminds us: The story is key. The reason why Pixar keeps making animations is not only because they want to make money or sell characters and toys. They get down to a project if they are positive about the story and feel that it needs to be told to the world. Once the story is decided, they don’t hesitate to provide any resources needed. I think this is one of the key factors that makes Pixar’s animations one of the world’s best.