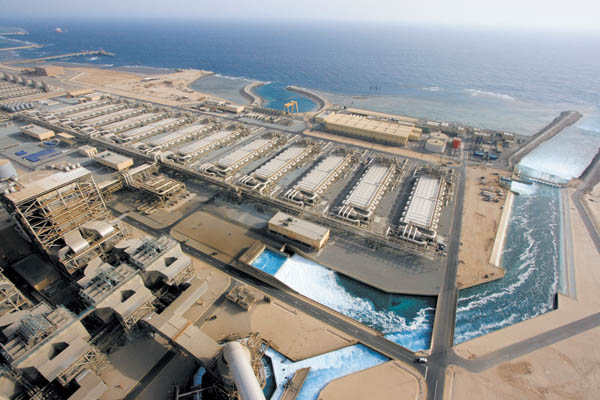 As the world economy shows signs of recovery, Doosan is making moves in global market development and R&D.

Earlier this year, Doosan Heavy Industries and Construction (DHIC) won a contract to construct a power plant in Kazakhstan, marking the company’s debut in the Central Asian generation market.

DHIC will build a 310 MW-class Karabatan combined cycle thermal power plant worth over 340 billion won ($290 million), to be completed in February 2018, with client Karabatan Utility Solutions.

Built inside the Atyrau special economic zone, which includes a petrochemical complex, the Karabatan plant will be the area’s primary source of energy.

Highly efficient regardless of their size, fuel cells have a wide range of uses, from homes to office buildings. Doosan’s fuel cell-related markets - construction, regulation and housing - had a total market size of 1.8 trillion won in 2012 and are expected to reach 5 trillion won in 2018 and 40 trillion in 2023.

Doosan is also focusing on extending its business reach by combining traditional manufacturing with information and communications technology.

DHIC set up a remote monitoring service center in its Changwon, South Gyeongsang, headquarters and a software center in their Seoul office. The two will process information about plant management and apply the data to enhance efficiency. They will immediately provide breakdown predictions and suggestions for solutions based on the information.

An example of Doosan’s experiments in combining new and old technology is the DX380LC-3, a 38-ton excavator made in 2013.

The company combined the machine with new tools like D-ECOPOWER, which uses nine pressure sensors to calculate exactly how much power the machine needs to use, and then automatically adjusts its hydraulic pumps.

Compared to the original excavator of the same size, fuel efficiency per workload was improved by 24 percent and operation control was boosted by 20 percent.