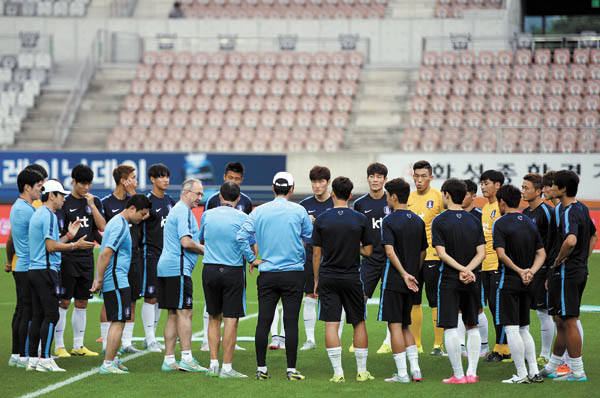 Korea men’s national football team coach Uli Stielike falls into line during the team’s first training session for the 2018 World Cup second round Asian qualifiers against Laos and Lebanon at Hwaseong Sports Complex on Monday. Stielike said FIFA should avoid having international matches while Europe’s transfer window is open as it interrupts players and the national team schedule. [NEWSIS]