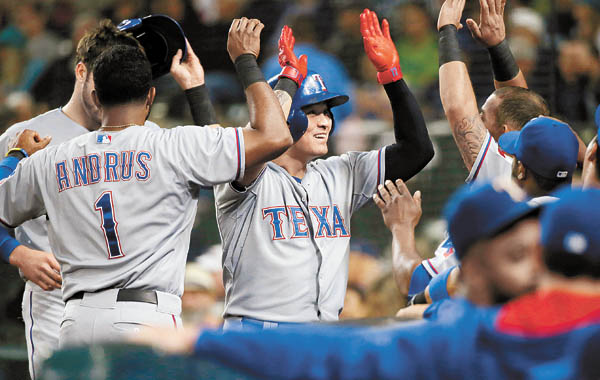 The Texas Rangers’ Choo Shin-soo, center, is greeted at the dugout after hitting a three-run home run - his 17th of the season - during the third inning of their game against the Seattle Mariners on Tuesday in Seattle. Texas won 9-6. Meanwhile, the Pittsburgh Pirates’ Kang Jung-ho hit a solo homer against the Cincinnati Reds on Tuesday to help his team in a 7-3 victory. Kang has 14 home runs this season. [AP/NEWSIS]