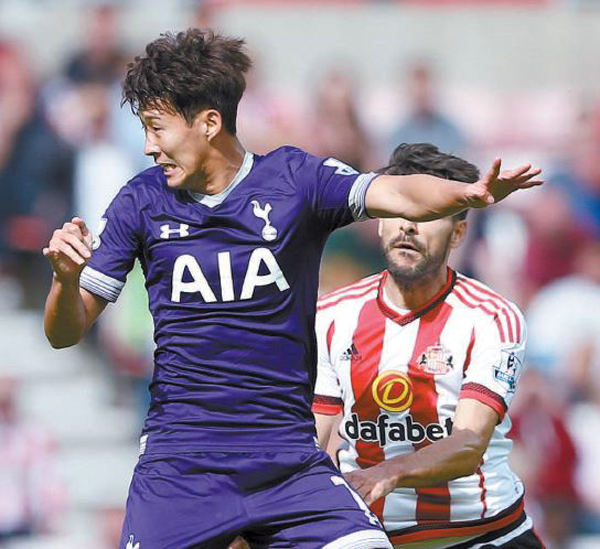 Tottenham Hotspur’s Son Heung-min, left, and Sunderland’s Jordi Gomez battle for the ball during Sunday’s English Premier League match at the Stadium of Light, Sunderland. Son played 61 minutes in his premier league debut. Tottenham won 1-0 with a goal by Ryan Mason in the 82nd minute.[AP/NEWSIS]