Chun back on local stage to defend KLPGA status

Chun back on local stage to defend KLPGA status 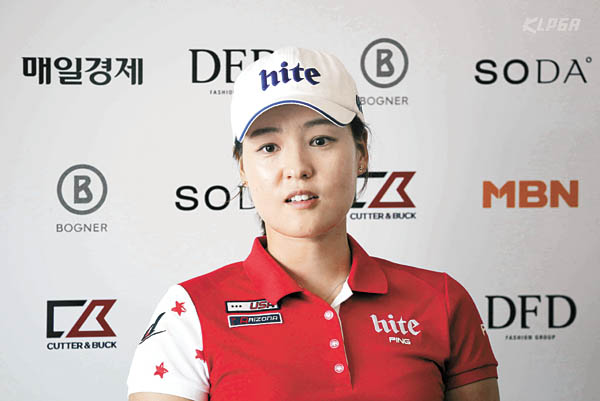 Chun In-gee returns to the local field for the first time in three weeks to defend her top status in the KLPGA Tour.

Chun, the 2015 U.S. Women’s Open champion, did not play KLPGA Tour events in recent weeks to play at the Evian Championship in France. She skipped the Hanwha Financial Classic, which has a total purse of 1.2 billion won ($1 million), and is the local major event in the KLGPA Championship.

Despite forfeiting the local events, the 21-year-old missed the cut in the Evian Championship after the second round.

Although Chun said that she will play in the LPGA Tour from next season, there is criticism that her preference to play overseas indicates that her priority is no longer the KLPGA Tour.

Chun has denied rumors she will play more LPGA Tour events this season. She said she will focus more on playing local events for the remainder of this year to solidify her leading status in the KLPGA Tour.

The Gunsan native, however, said she will play the JLPGA Tour’s major event, the Japan Women’s Golf Championship, and the LPGA Tour’s season-ending LPGA Tour Championship.

However, all of her leading titles are being chased closely by Lee Jung-min. Lee, who was co-runner-up in the KLPGA Championship last week, is 187 million won behind and only 29 points shy in MVP points from Chun. In scoring average, the 23-year-old is also second at 70.91. Lee currently has three wins this season.

For Chun, the quest to concrete her top status begins with the KDB Daewoo Securities Classic, which starts on Friday at the Elysian Gangchon Country Club in Chuncheon, Gangwon. The season’s 23rd event has a total purse of 600 million won, with the winner taking 120 million won.

Chun is the defending champion. For the first round, she is paired with top contenders Lee and Ahn Shin-ae, who is coming from her first Tour victory in five years after winning the KLPGA Championship last week.

“I have more confidence after the victory,” Ahn said.

Other top players are paired together. Cho Yoon-ji, who is No. 3 in money rankings at 534 million won, and the British Women’s Open runner-up Ko Jin-young, who also has three wins the KLPGA Tour this season, are in the same group along with Park Sung-hyun, who is the winner of the season’s first major Korea Women’s Open.